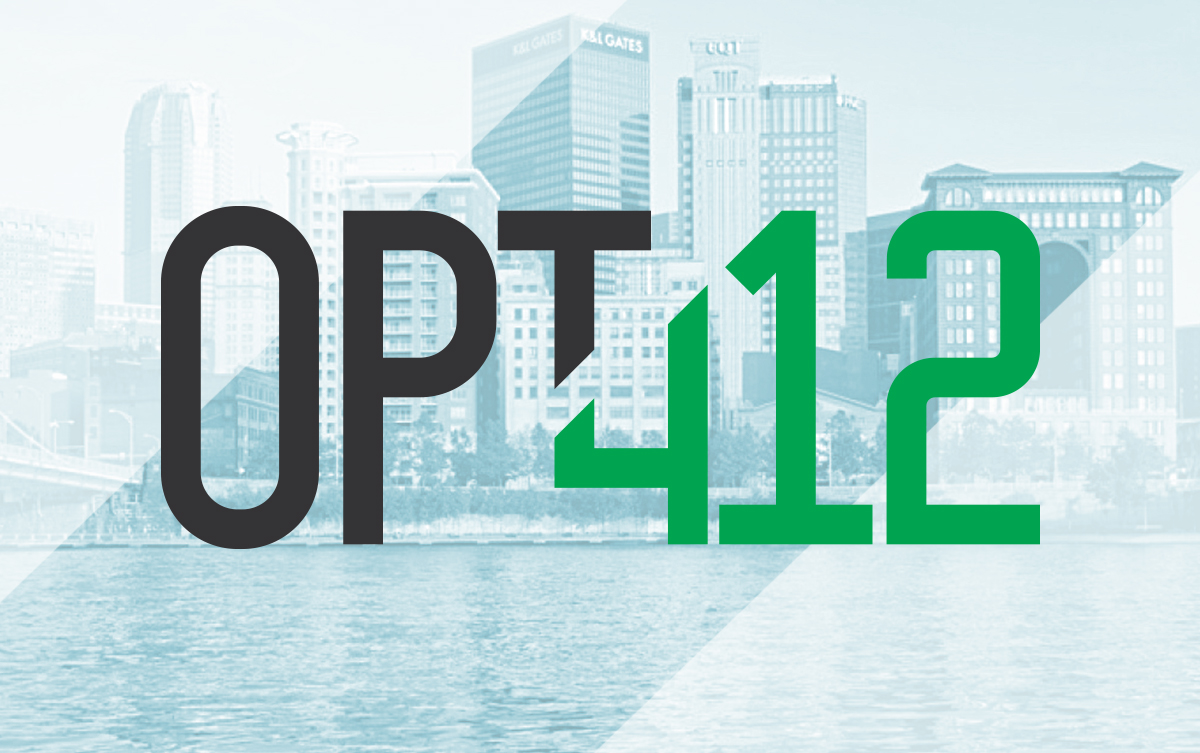 Working with the Pittsburgh Parks Conservancy, Wall-to-Wall Studios designed the integrated branding (name, visual identity, stationery, recruitment package) for Opt412, an event that will bring together innovators, students, venture capitalists, entrepreneurs, educators, game-changers – everyone looking to optimize Pittsburgh’s future. Opt412 will be led by Paul Graham, a former resident of the Pittsburgh region and the co-founder of Y Combinator, a startup incubator that since 2005 has funded over 1,000 startups like Dropbox, Airbnb, Stripe, and Reddit that have a combined valuation of over $65 billion. Opt412, a free and first-of-its-kind event, will include a series of talks and panel sessions focused on further growing Pittsburgh's successes.