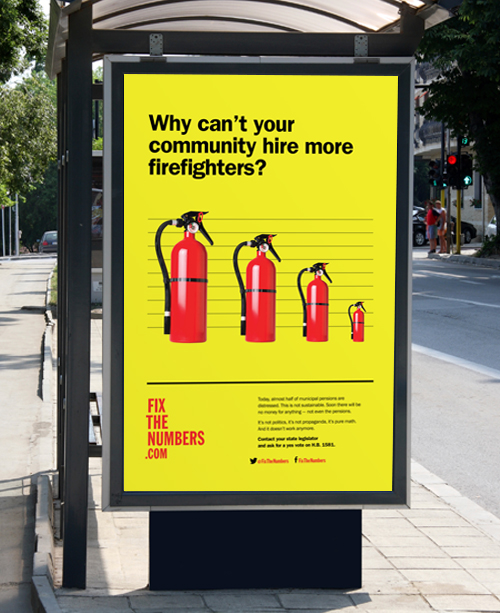 Working with the Pennsylvania Municipal League, a nonprofit, nonpartisan organization established in 1900 as an advocate for Pennsylvania’s 3rd class cities, Wall-to-Wall Studios designed & developed an integrated awareness campaign titled "Fix The Numbers" in support of municipal pension reform in the Commonwealth. The campaign is designed to educate and advocate for the reform of Pennsylvania’s public safety employee pensions as part of a larger goal of restoring fiscal health to the state’s municipalities. 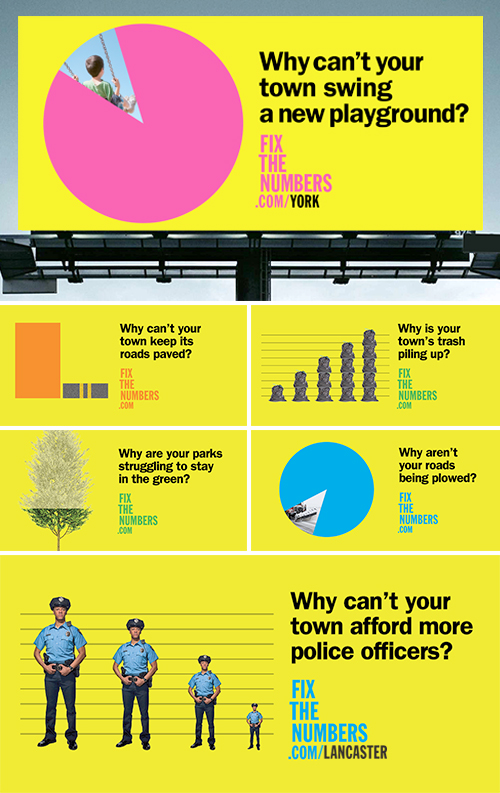 The integrated campaign includes a series of advertisements that help illustrate the impact of of escalating municipal pension obligations on communities. Critical public services, including additions/improvements to public safety, are being held at bay because of these legacy pension obligations.

The responsively designed website (www.FixTheNumbers.com) is the hub for all campaign activity. The website uses Google Maps to plot the distressed communities with a funded ratio of assets-to-liabilities, on an accrual basis, for fire and/or police pensions, between 50-69% (moderately distressed) and below 50% (severely distressed). 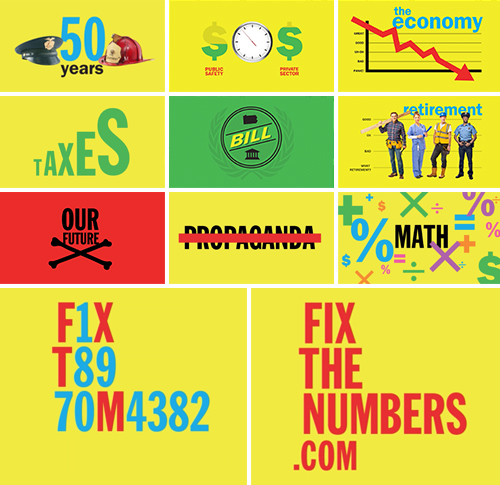 W|W designed and produced an animated motion-graphic video for the campaign that provides context to how this situation has occurred. It isn't politics, it isn't propaganda... it is pure math and it doesn't work anymore.

Fix the Numbers advocates for the passage of Pennsylvania H.B. 1581 because the current pension structure for public safety employees, police officers and firefighters, is unsustainable.

This initiative makes sense to us. If you agree, please visit www.FixTheNumbers.com and help make a difference by sending a letter to your legislators and sharing this important message.