THE POWER OF INDEPENDENT FILM

Film Pittsburgh presents independent films from around the world, deepening audiences’ understanding of culture, tolerance, and our common humanity. The non-profit organization believes that film is a powerful visual medium that thrives in the digital era by transcending cultural boundaries and inspiring change. Film Pittsburgh's broad range of programming is designed to reach people of all races, religions, ages and abilities, and includes the JFilm Festival, Pittsburgh Shorts Film Festival, ReelAbilities Film Festival, the Robinson International Short Film Competition, and Teen Screen.

W|W’s collaboration spans a decade and actually began before Film Pittsburgh or Pittsburgh Shorts emerged. The early years were focused on the rebranding of the JFilm Festival, which helped position the organization to thrive by filling more seats, building affinity relationships, cultivating a roster of high caliber sponsors and augmenting its programming. That growth helped fuel the launch of Pittsburgh Shorts and necessitated the introduction of Film Pittsburgh as the umbrella brand and presenting organization. W|W designed the integrated visual branding, identity system, website, awareness campaign and more for Film Pittsburgh. 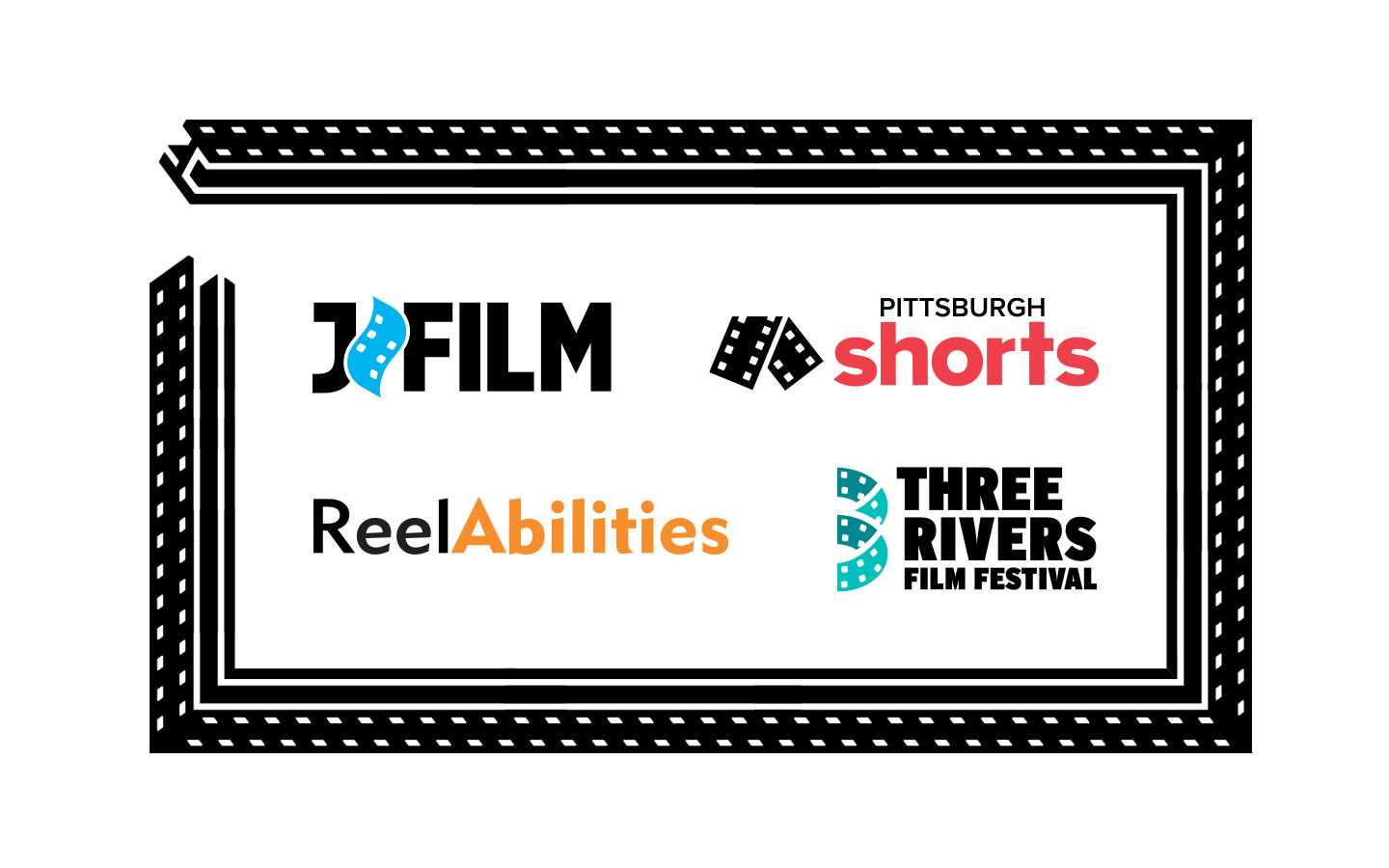 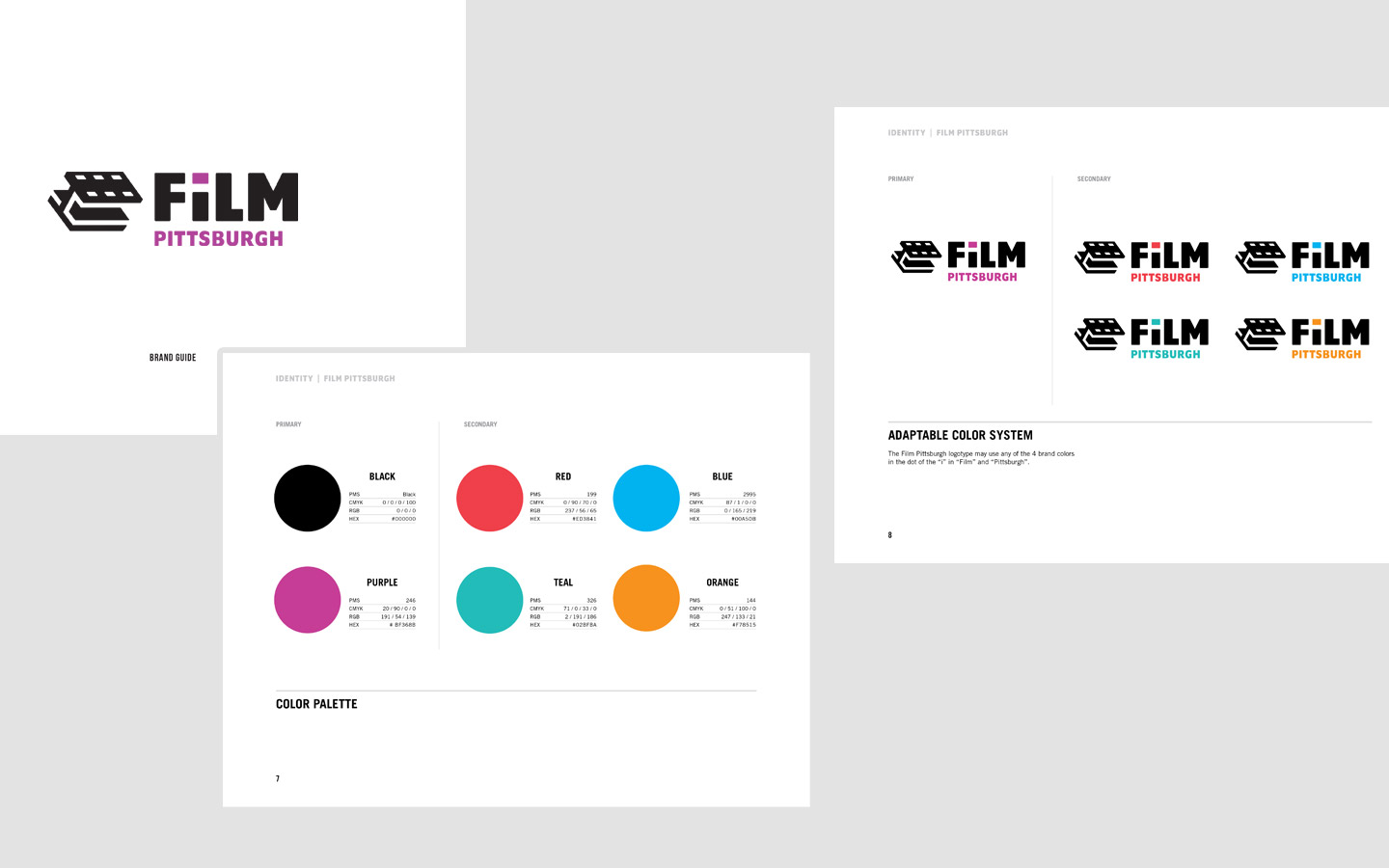 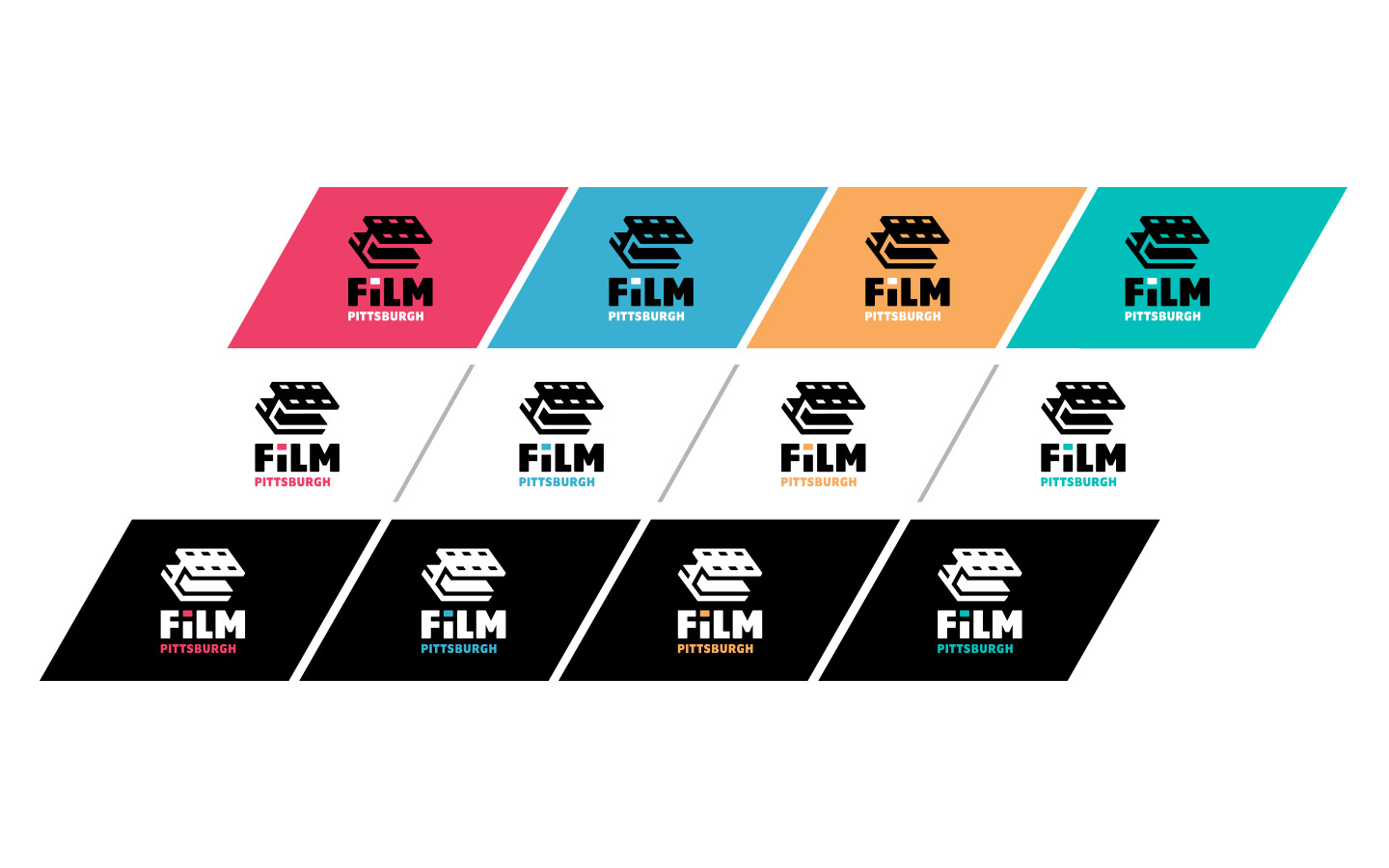 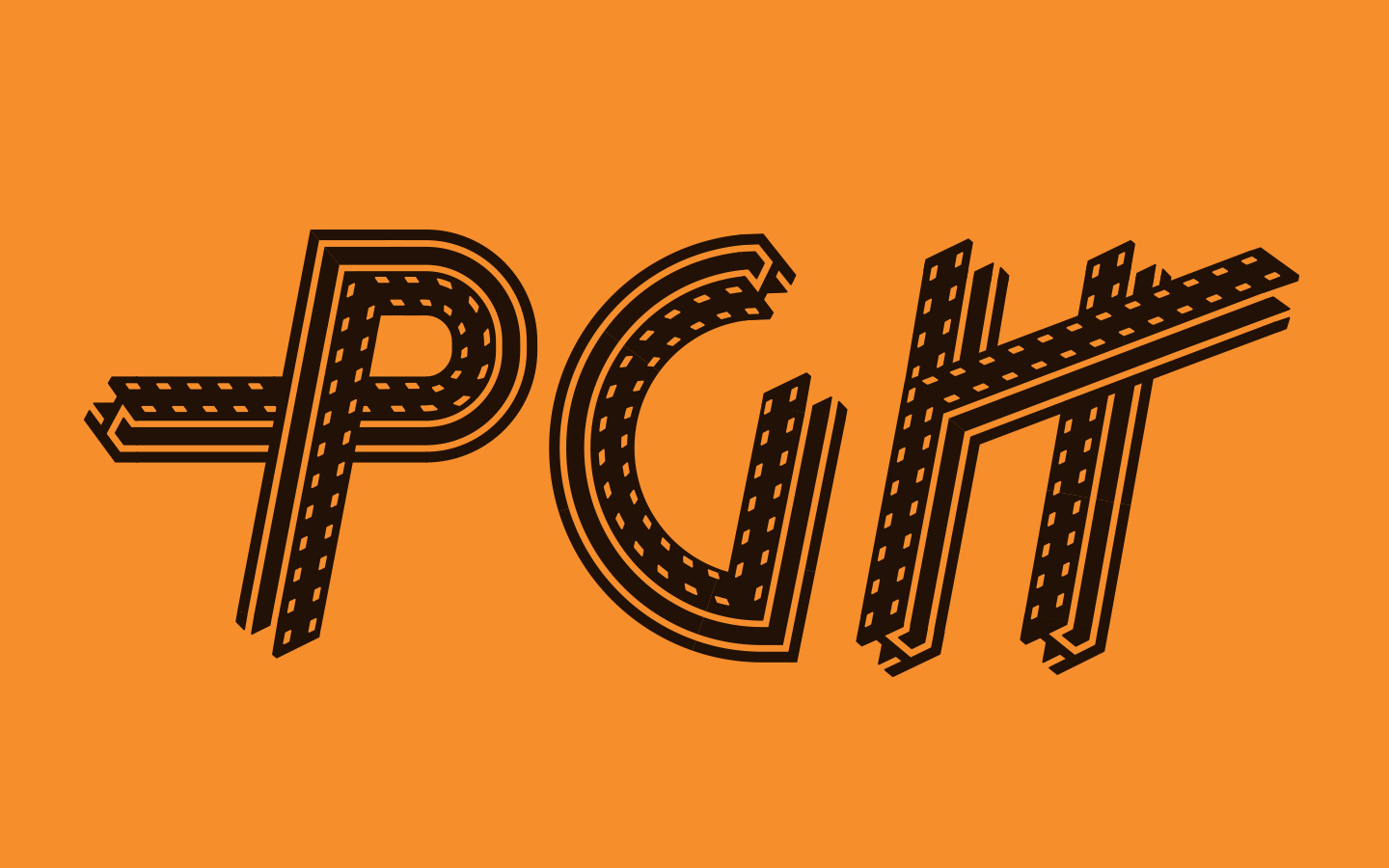 Film Pittsburgh’s responsively designed website is powered by BlokBlok CMS, a Ruby on Rails + Javascript content management system and includes a powerful event calendar that is integrated with a custom film module. Films are categorized by a number of variables and connected to a festival or program by a robust tagging convention that allows related content to be automatically published on relevant pages. The calendar module also generates a user-friendly festival schedule that organizes and displays films by day, time and category.

For the Fall Festival 2020, W|W implemented an integration of BlokBlok CMS with Eventive (a virtual cinema solution) and Patron Manager (a fundraising, ticketing and CRM platform for the arts) to eliminate redundant data entry and deliver a seamless user experience. 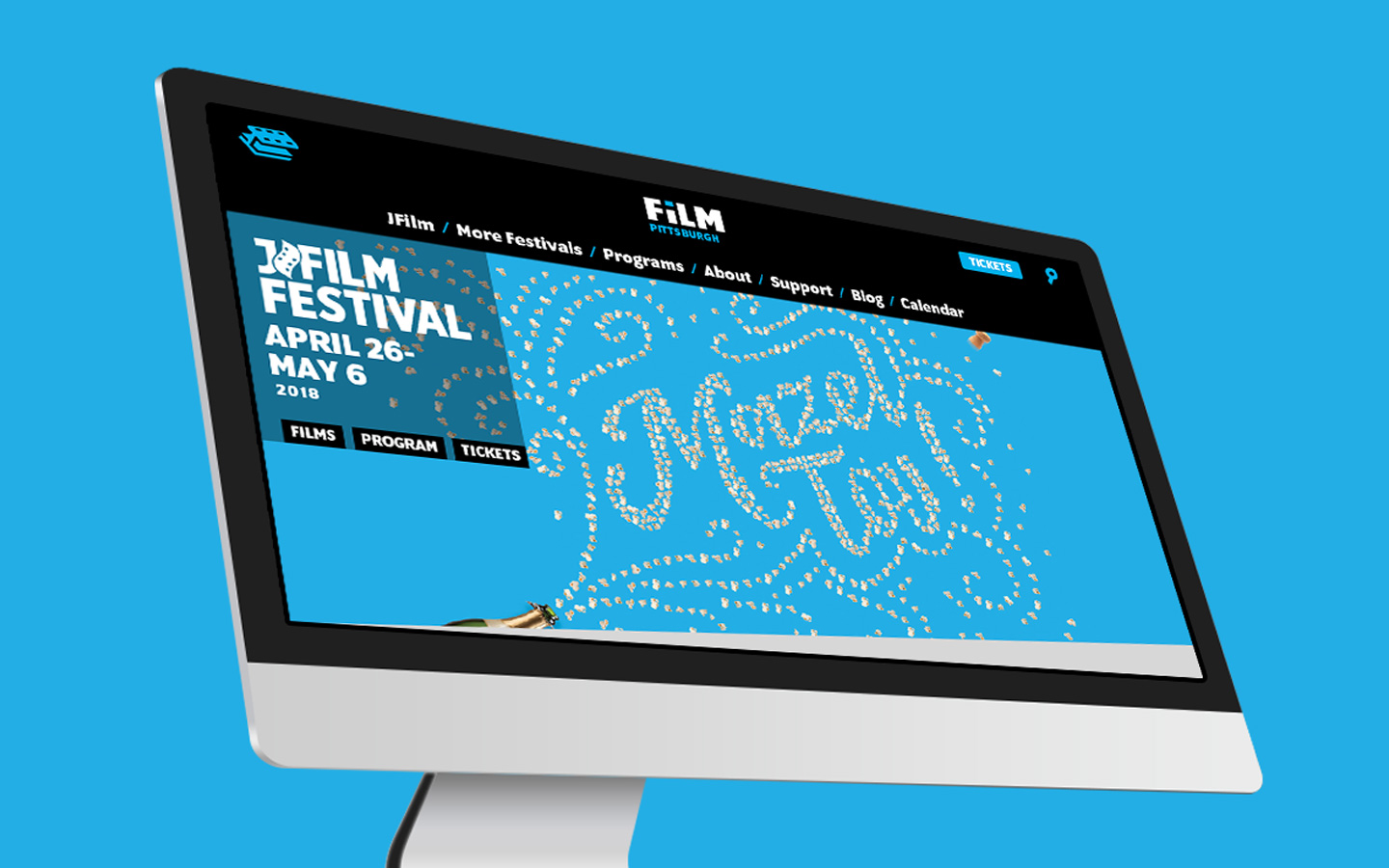 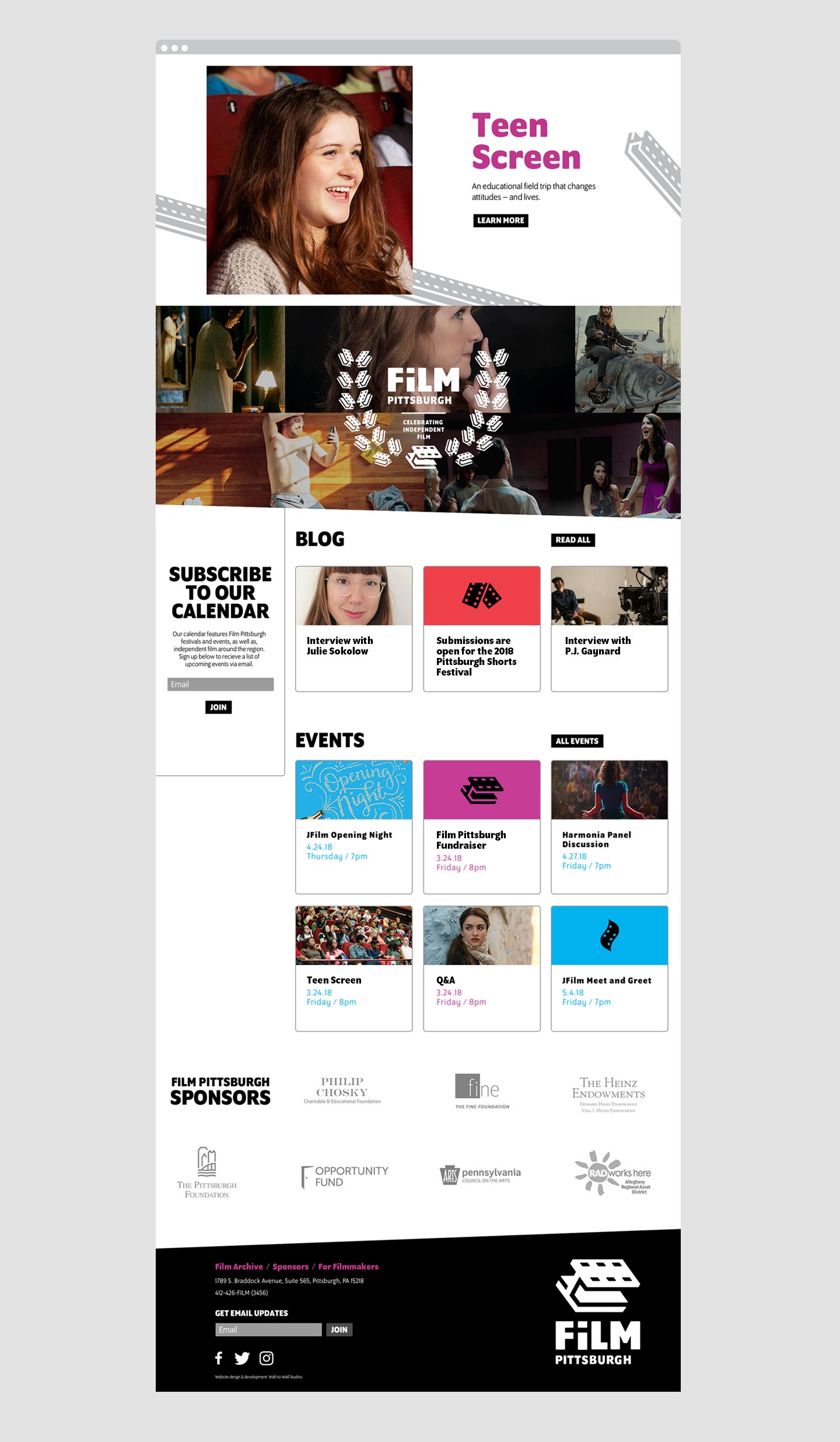 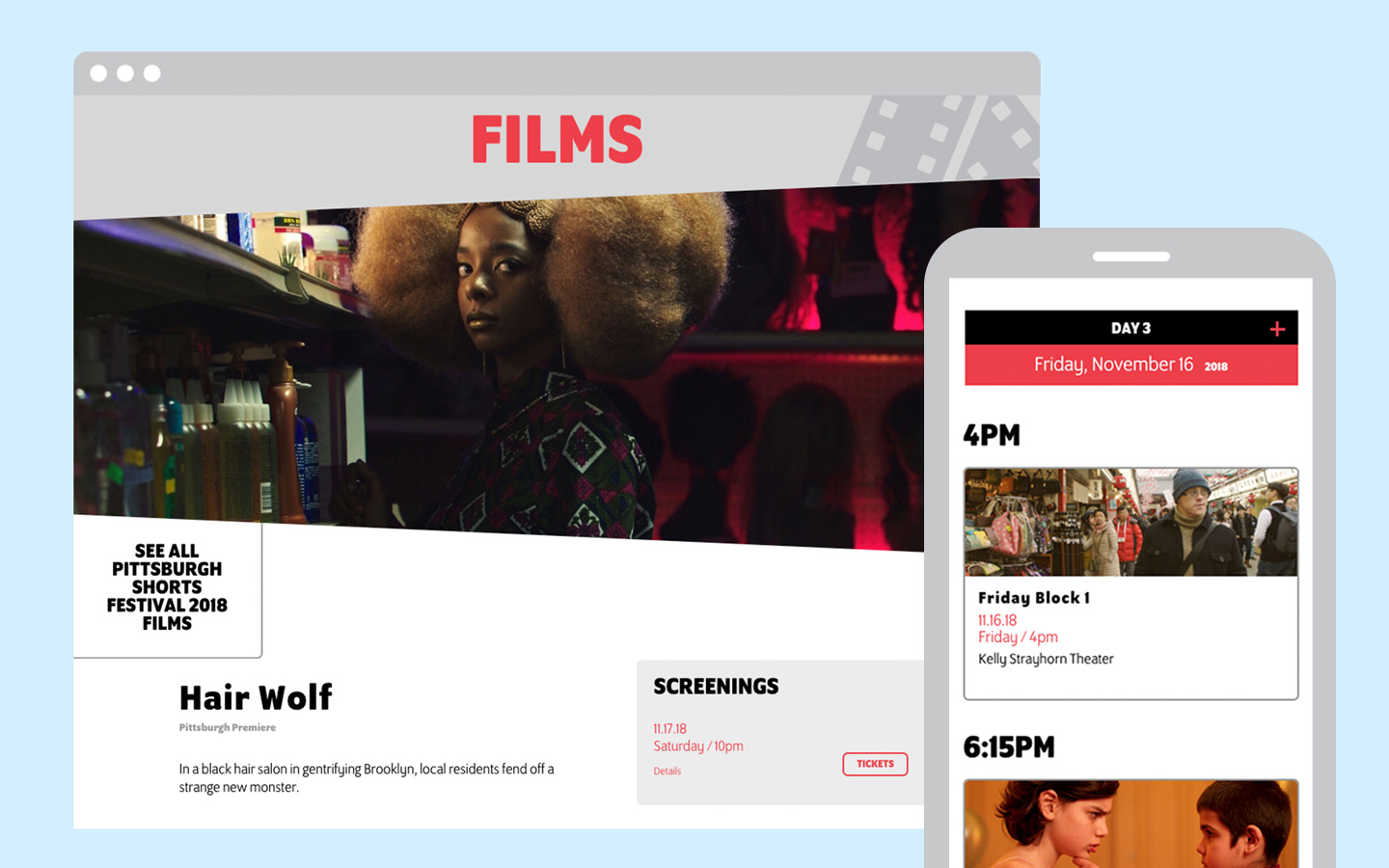 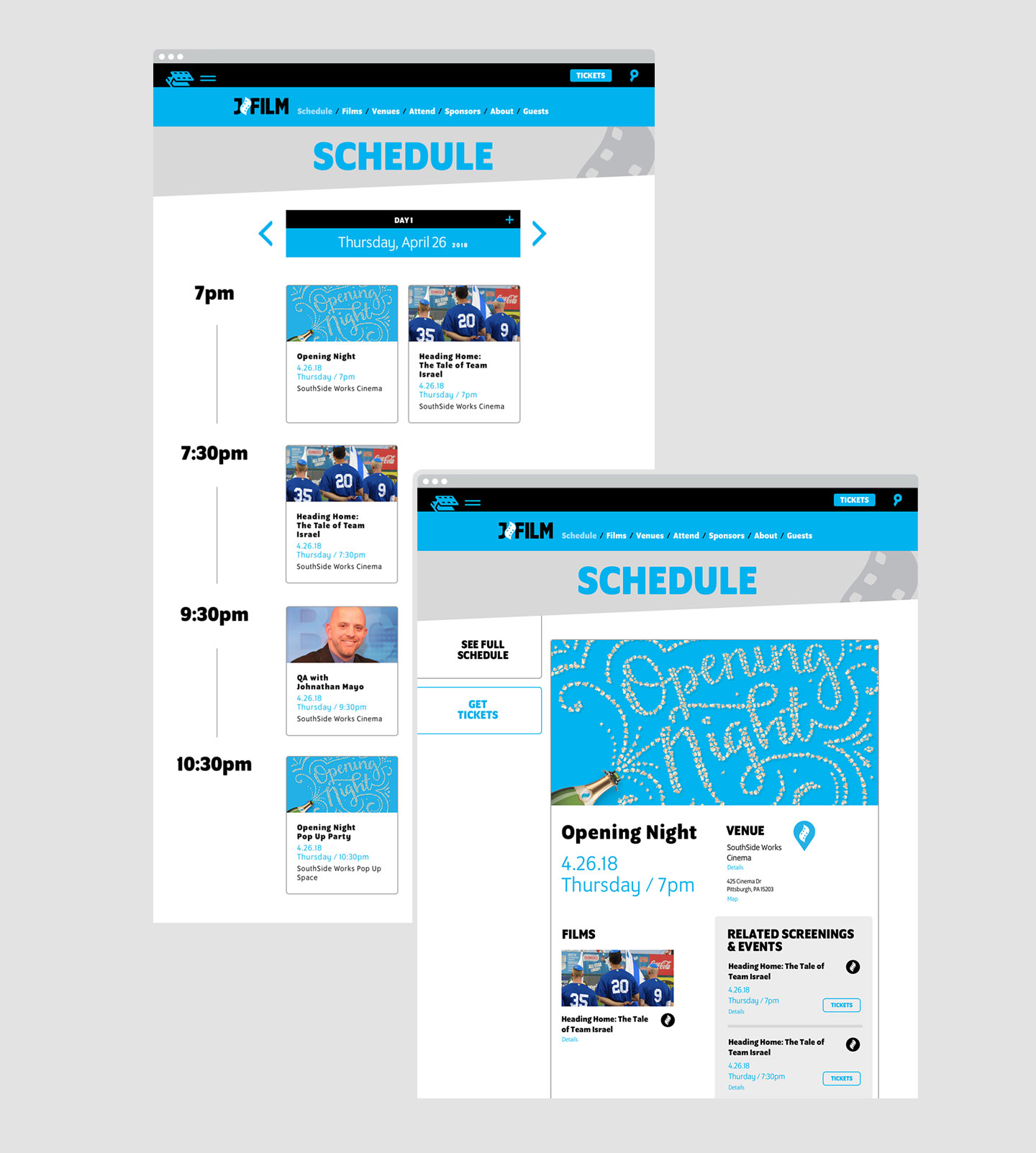 Other custom features include the website’s dynamic, collapsible navigation that is engineered to switch into “festival mode” when the primary programming needs to be front-and-center and the advanced search that supports queries within the film archive or sitewide. Graphic elements from Film Pittsburgh’s visual branding are thoughtfully integrated throughout the digital experience, including the ability to curate film stills inside the animated film strip. 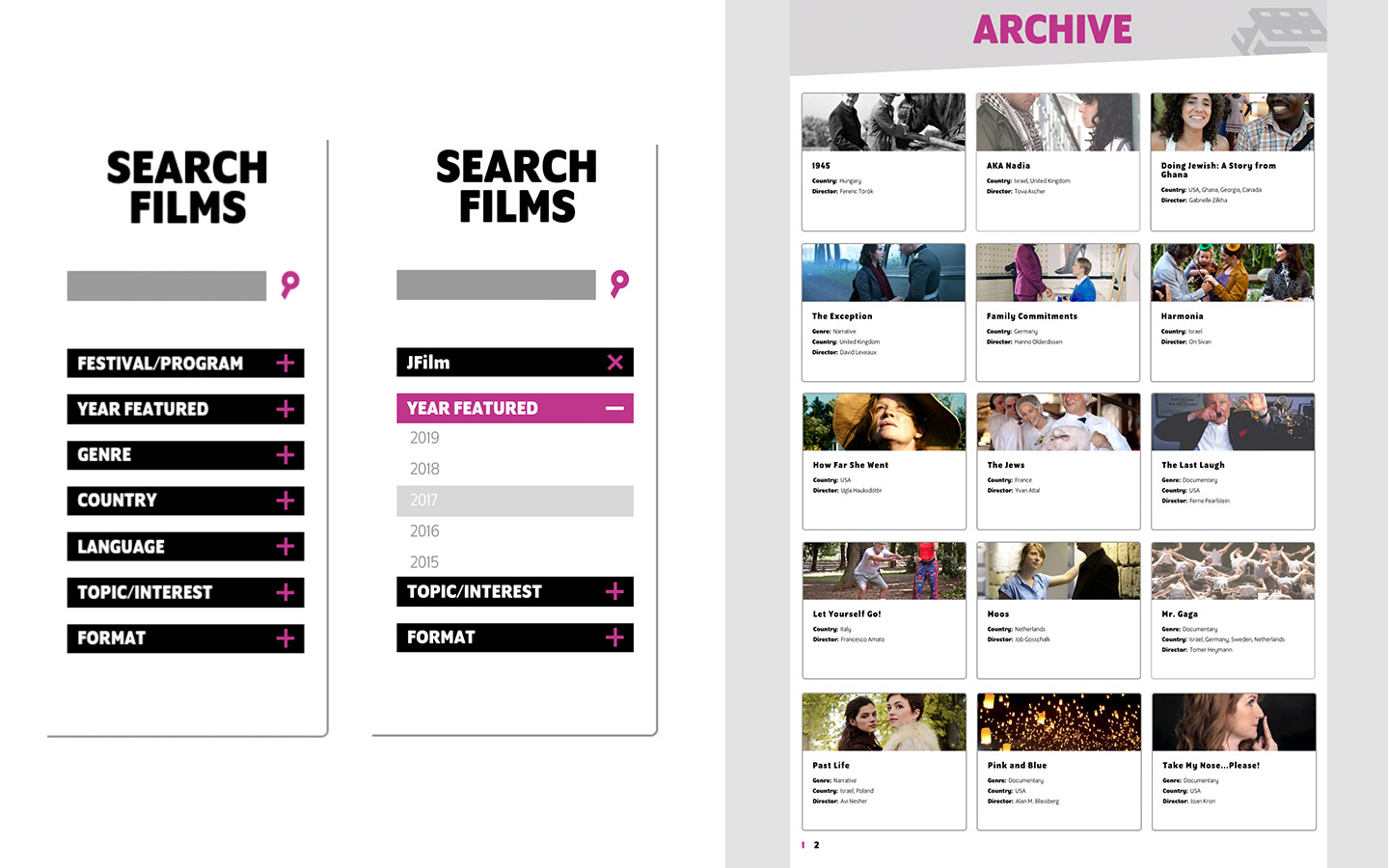 FEST WITH THE BEST

To enhance awareness of the parent brand and its powerful programming, and to help educate the community about the benefits of attending a film festival, W|W designed and deployed a digital advertising campaign. Dubbed "Fest with the Best”, the campaign narrative reinforced Film Pittsburgh’s pillars "to fest with us to see the best independent films; fest with us to hear directly from groundbreaking directors; or fest with us because film has the power to expand horizons and inspire change. No matter why you choose to fest, Fest with Best." 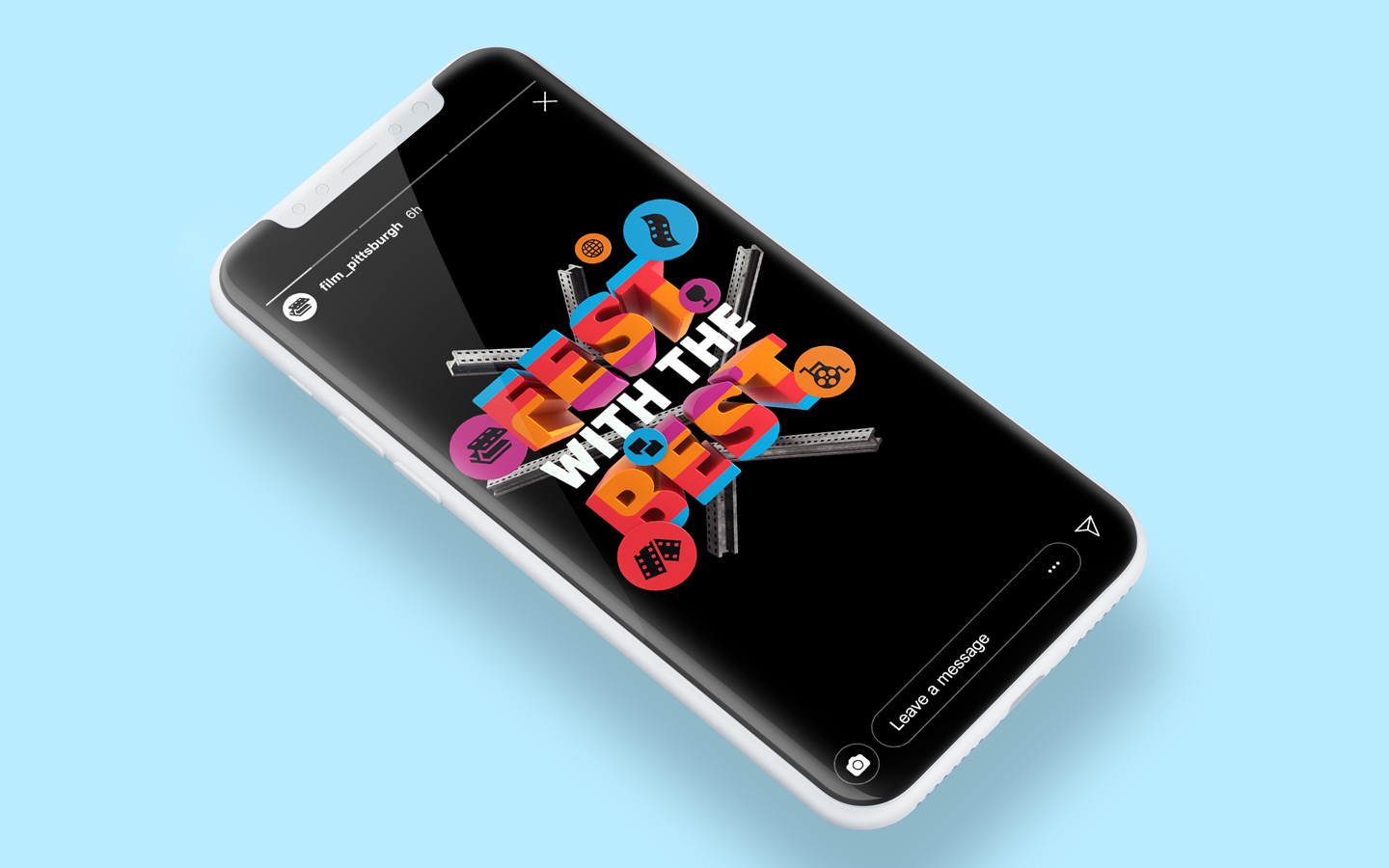 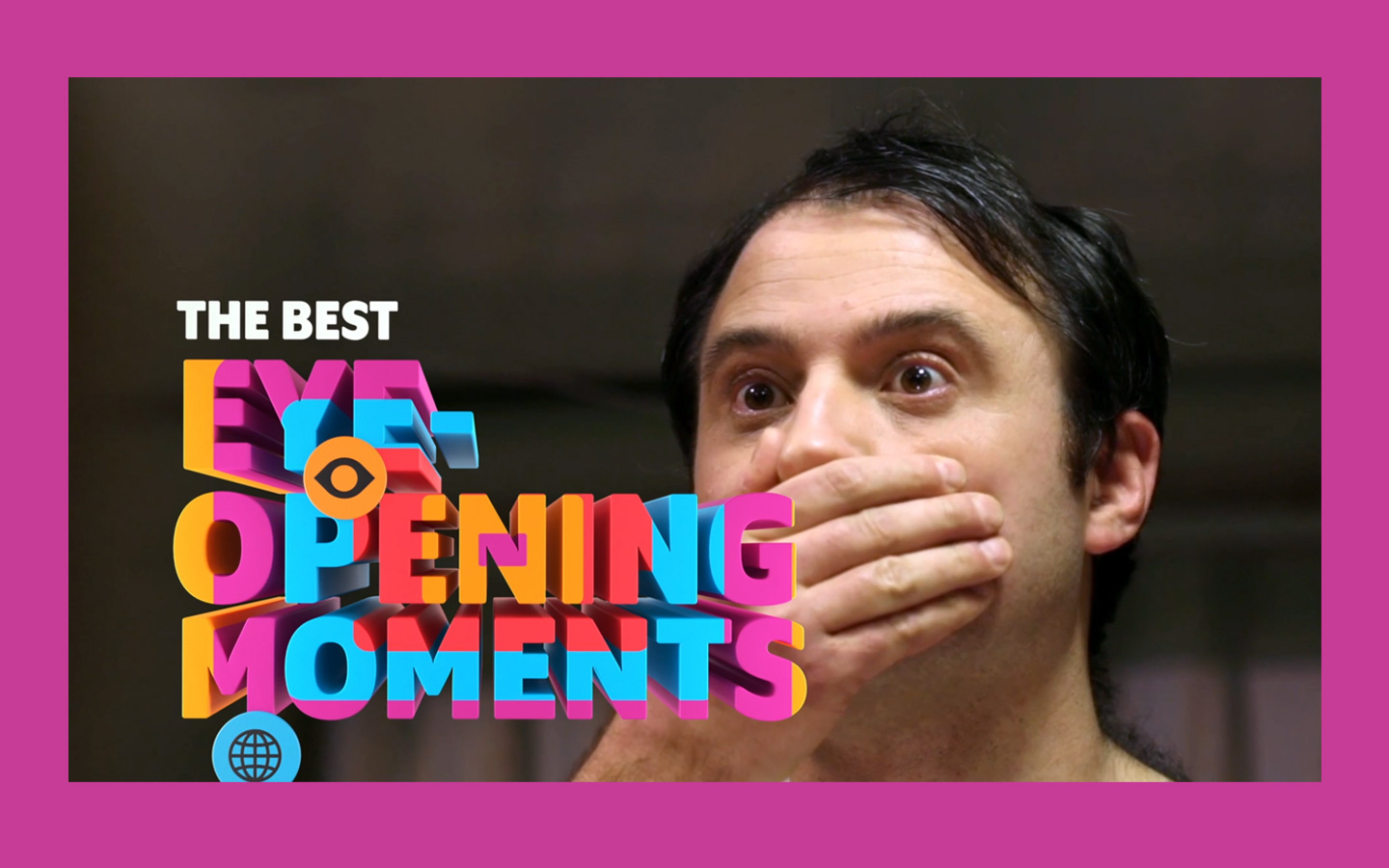 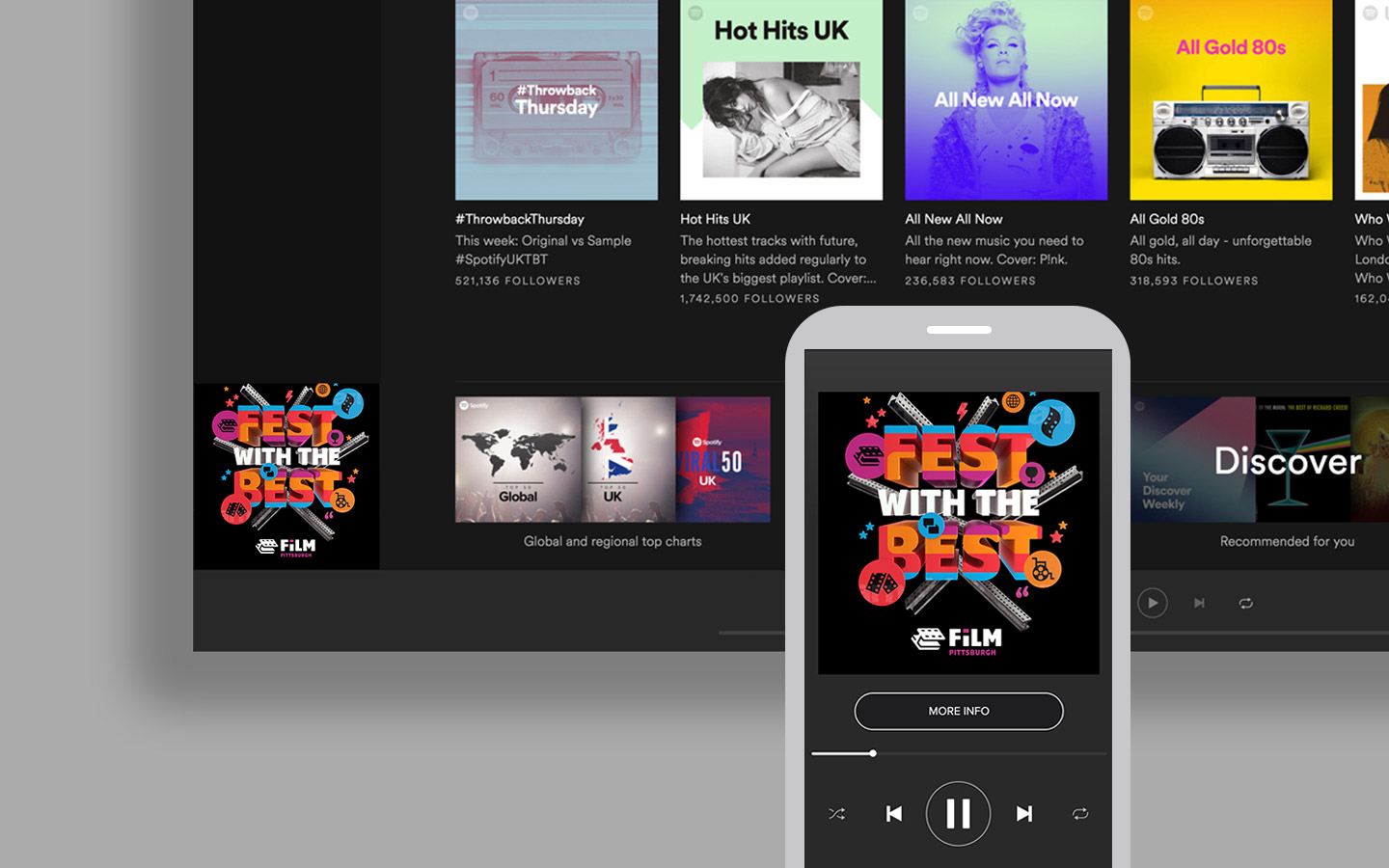 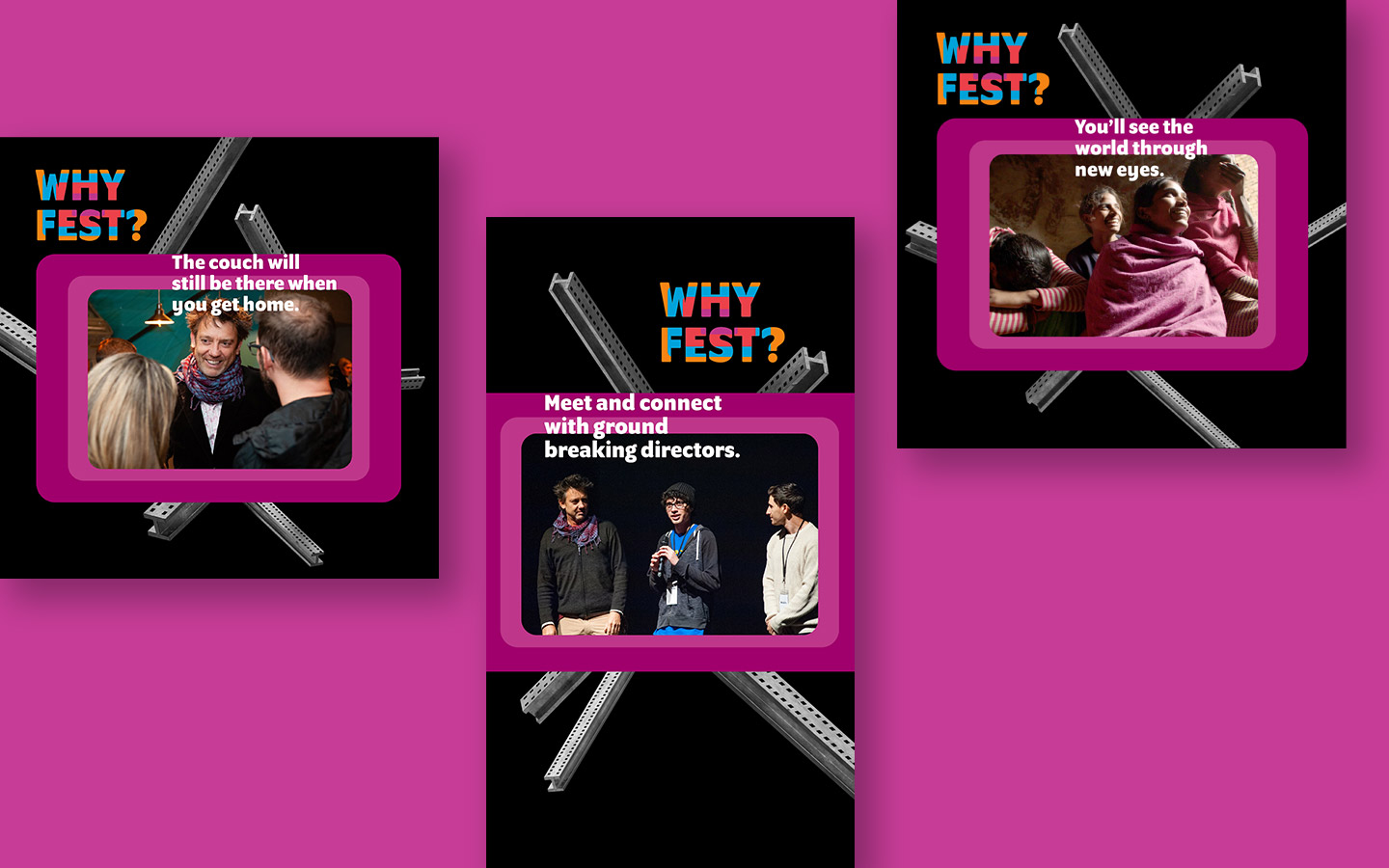 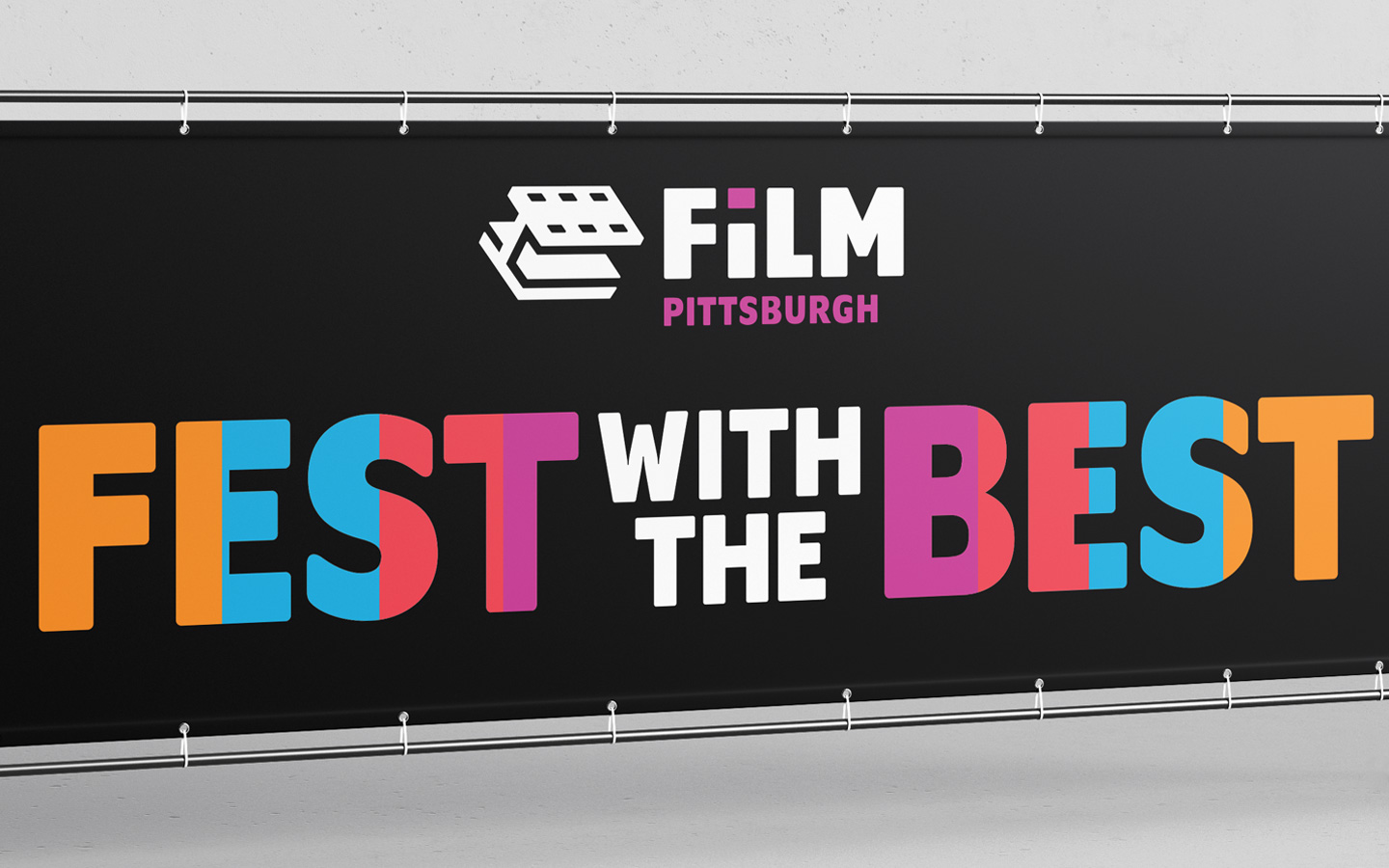 The decade+ long collaboration began in 2010 when W|W was hired by the Pittsburgh Jewish Film Forum, a program of the United Jewish Federation of Pittsburgh (now called the Jewish Federation of Greater Pittsburgh), to design the branding for the Pittsburgh Jewish Israeli Film Festival which included poster series, opening night invitation, program and advertising.  In the years that followed, W|W helped the organization navigate a name change with a new identity to the JFilm Festival and the creation of its own non-profit entity. In addition to launching several JFilm Festival websites in those 10 years, W|W also designed the integrated branding for each of the annual festivals.

The annual JFilm Festival presents international Jewish-themed films that deepen audiences’ understanding of Jewish culture, tolerance, and our common humanity. The nearly 2-week festival is complemented by a variety of supplemental programming, including visiting filmmakers, guest speakers and collaborative events with other local organizations. 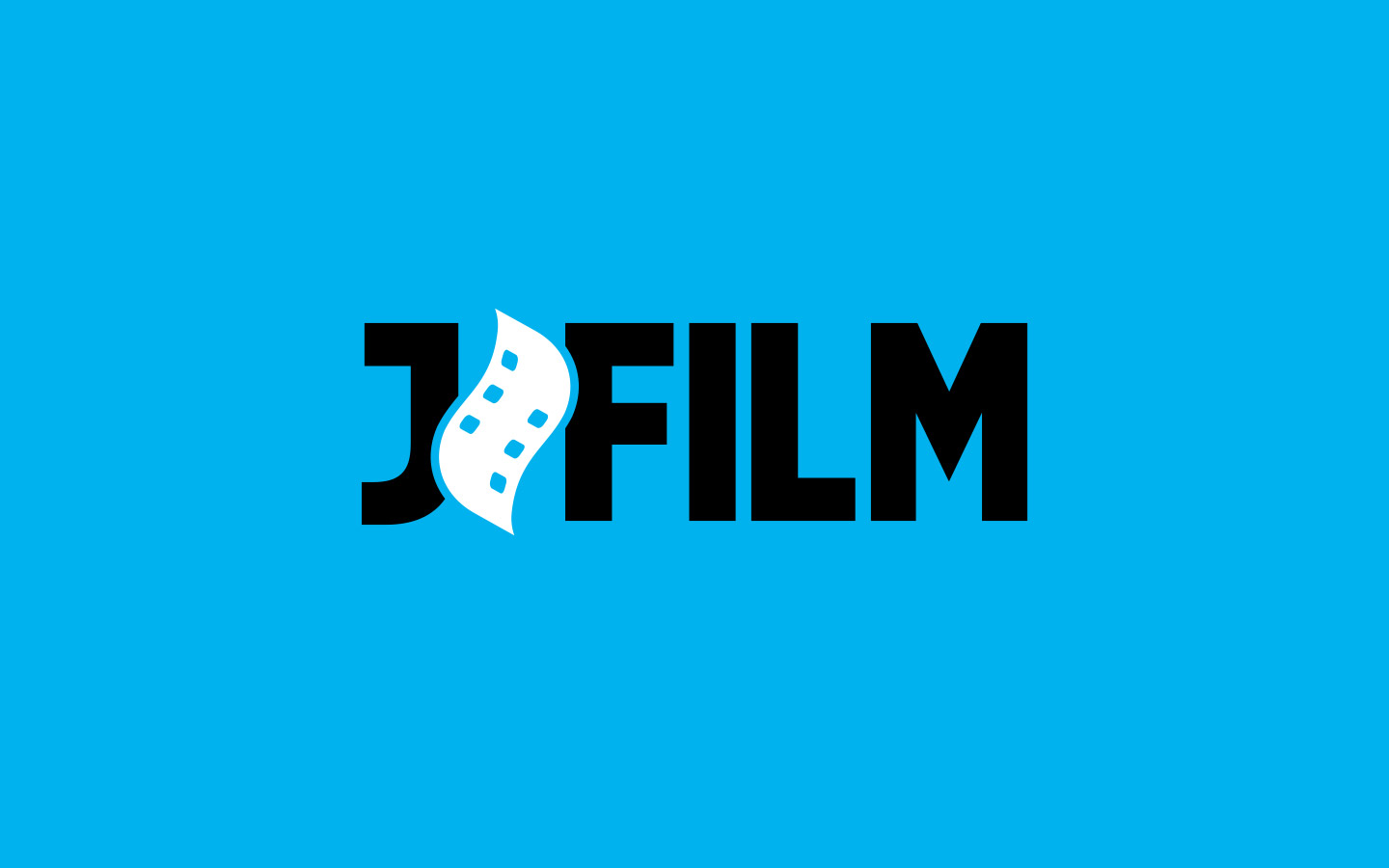 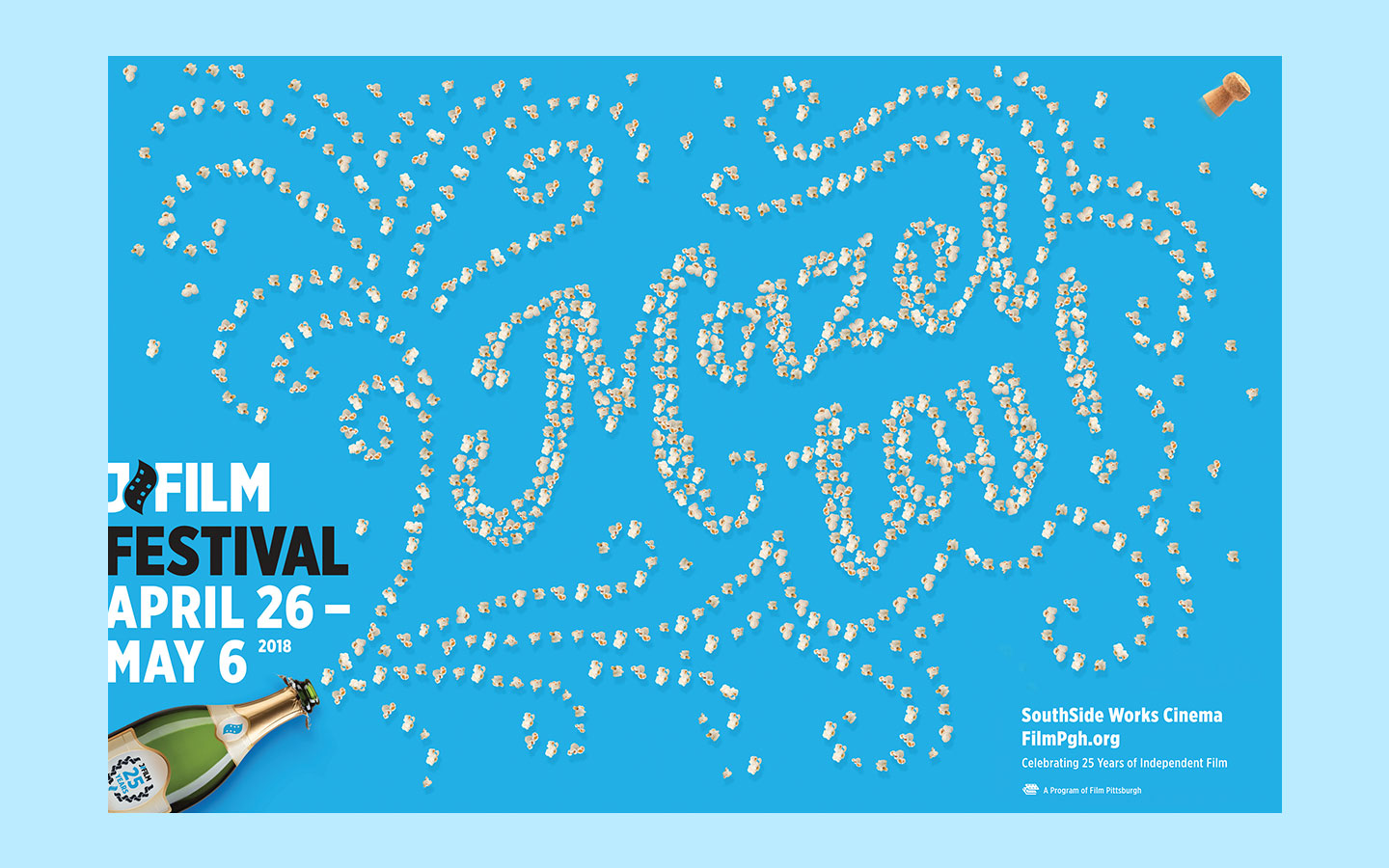 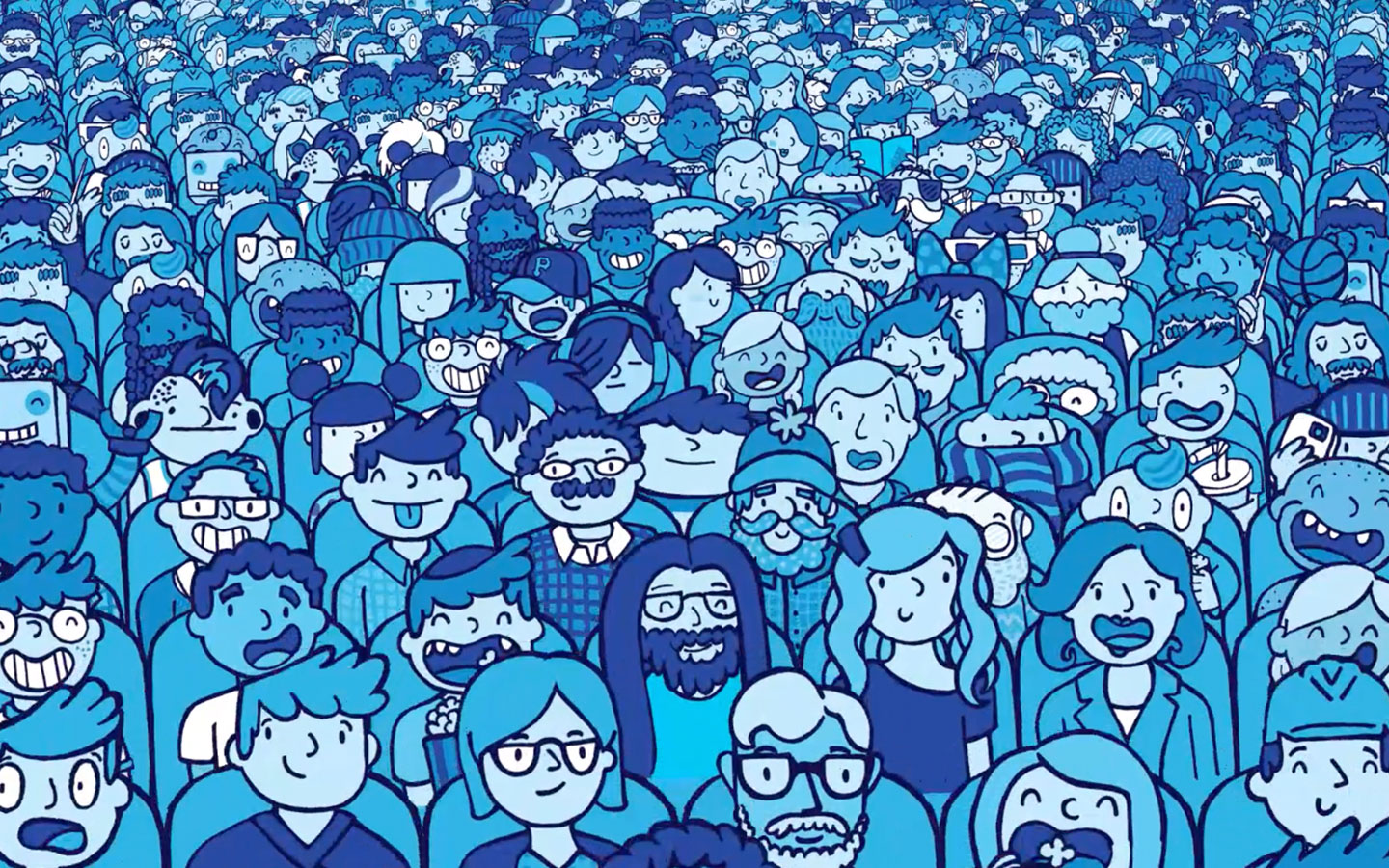 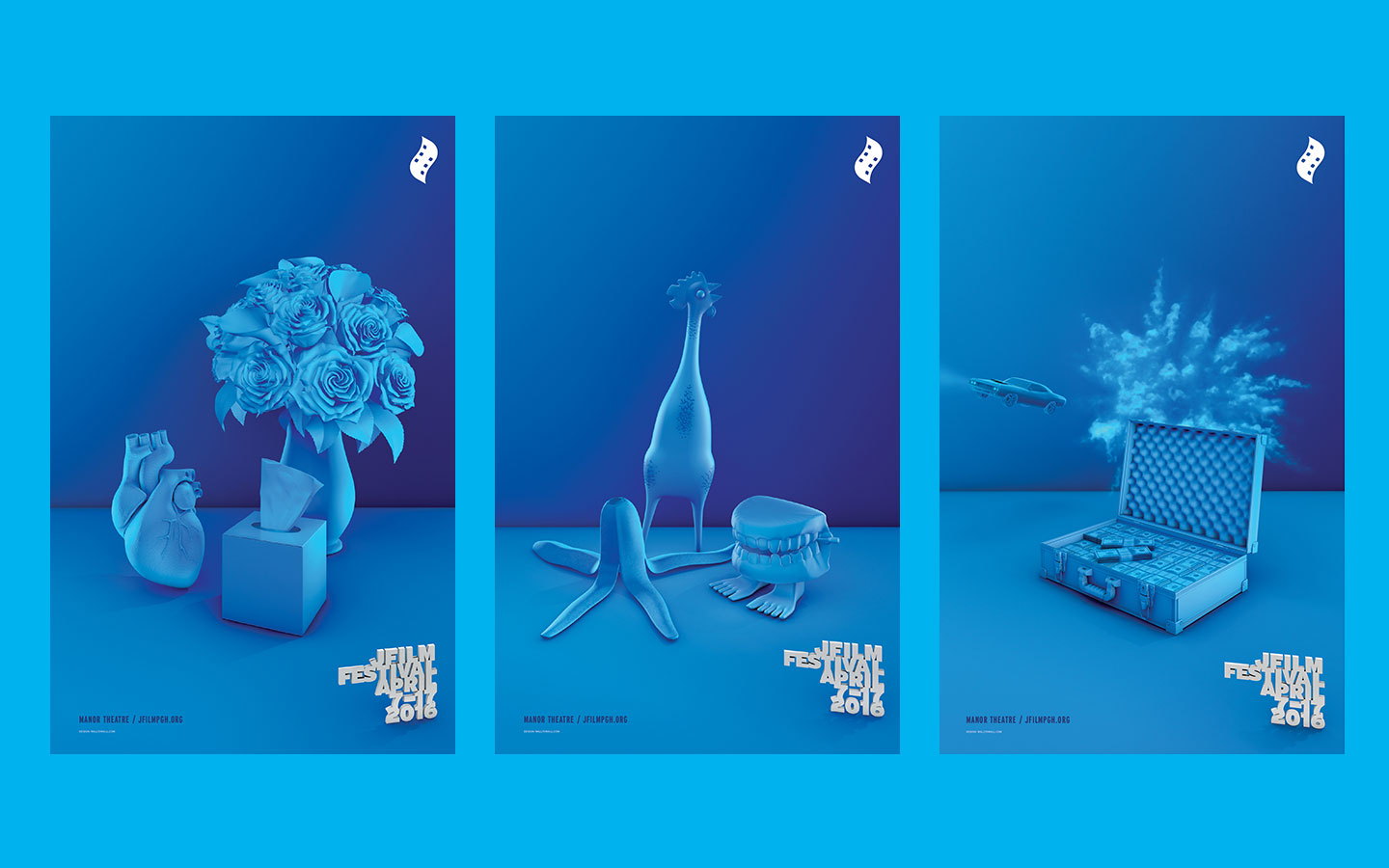 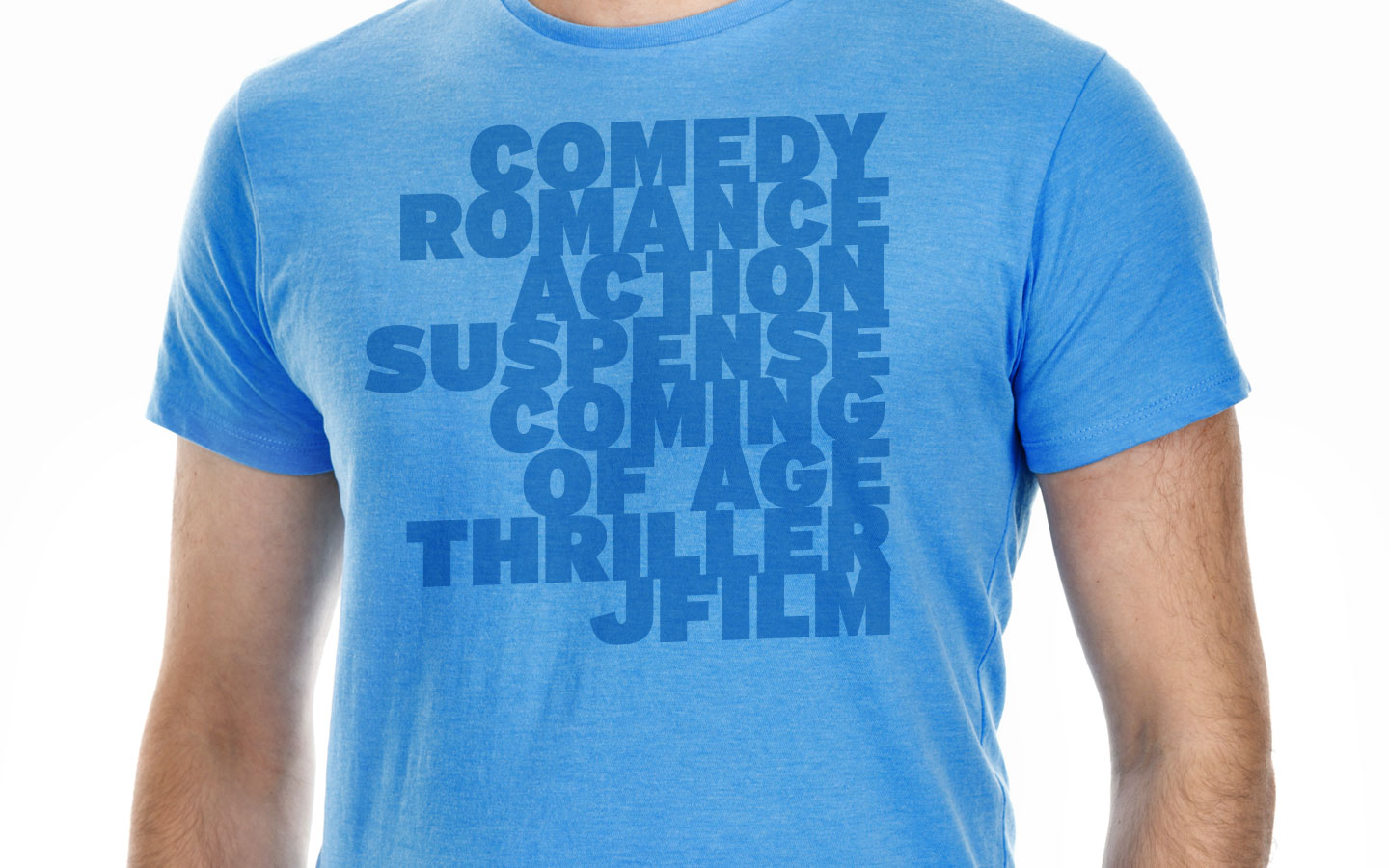 W|W designed the integrated visual branding and formative identity for Pittsburgh Shorts, a festival that celebrates independent filmmaking with a week of the best contemporary short films from around the globe. The only festival of its kind in the region, Pittsburgh Shorts focuses on films that promote innovative visual storytelling and cultural tolerance. W|W has also designed the festival branding that includes the poster, merchandise, advertising, social media graphics, trailer animation and more. In its early years, Pittsburgh Shorts has quickly become a desired festival for filmmakers as evidenced by the volume of high caliber submissions from across the globe. 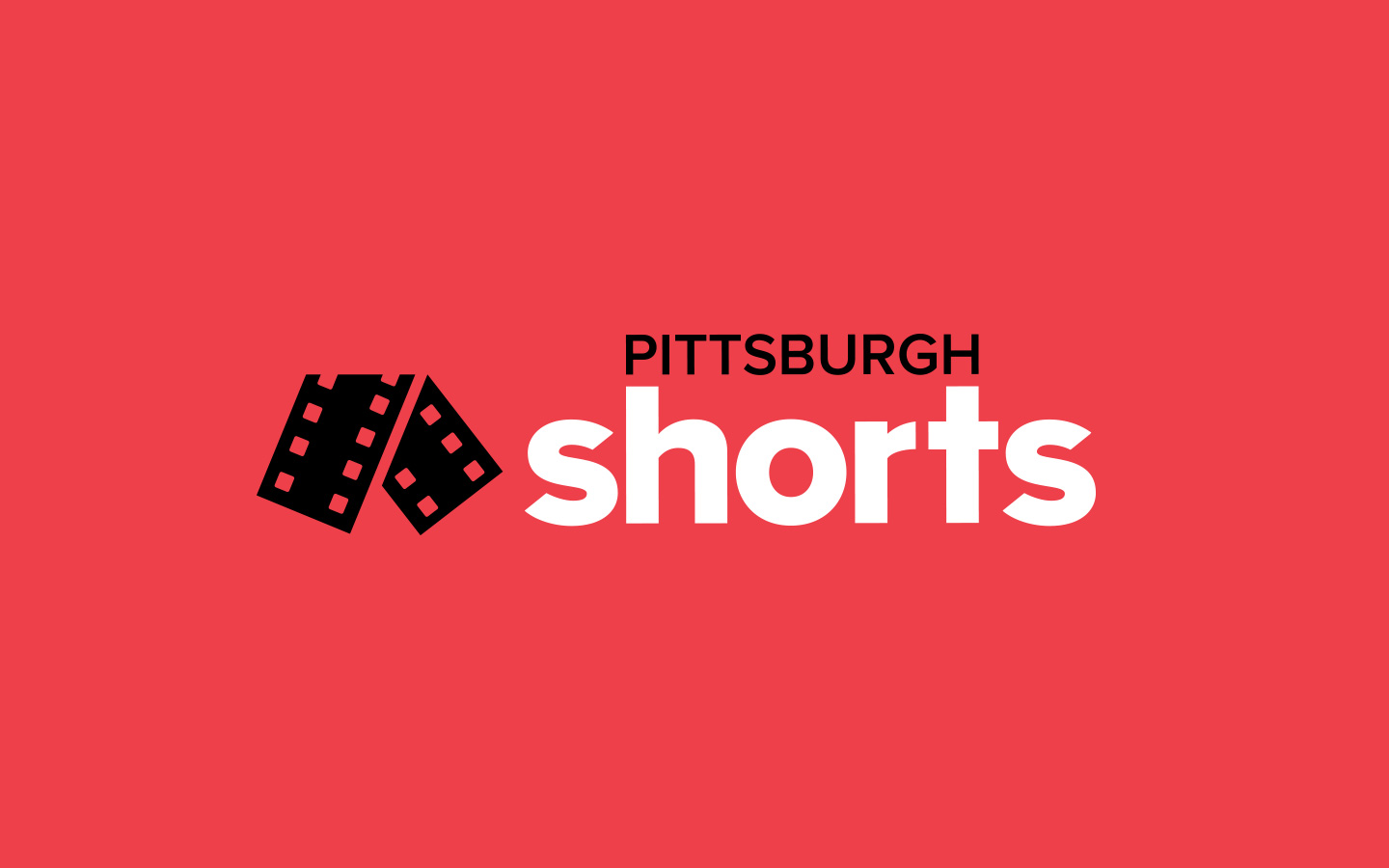 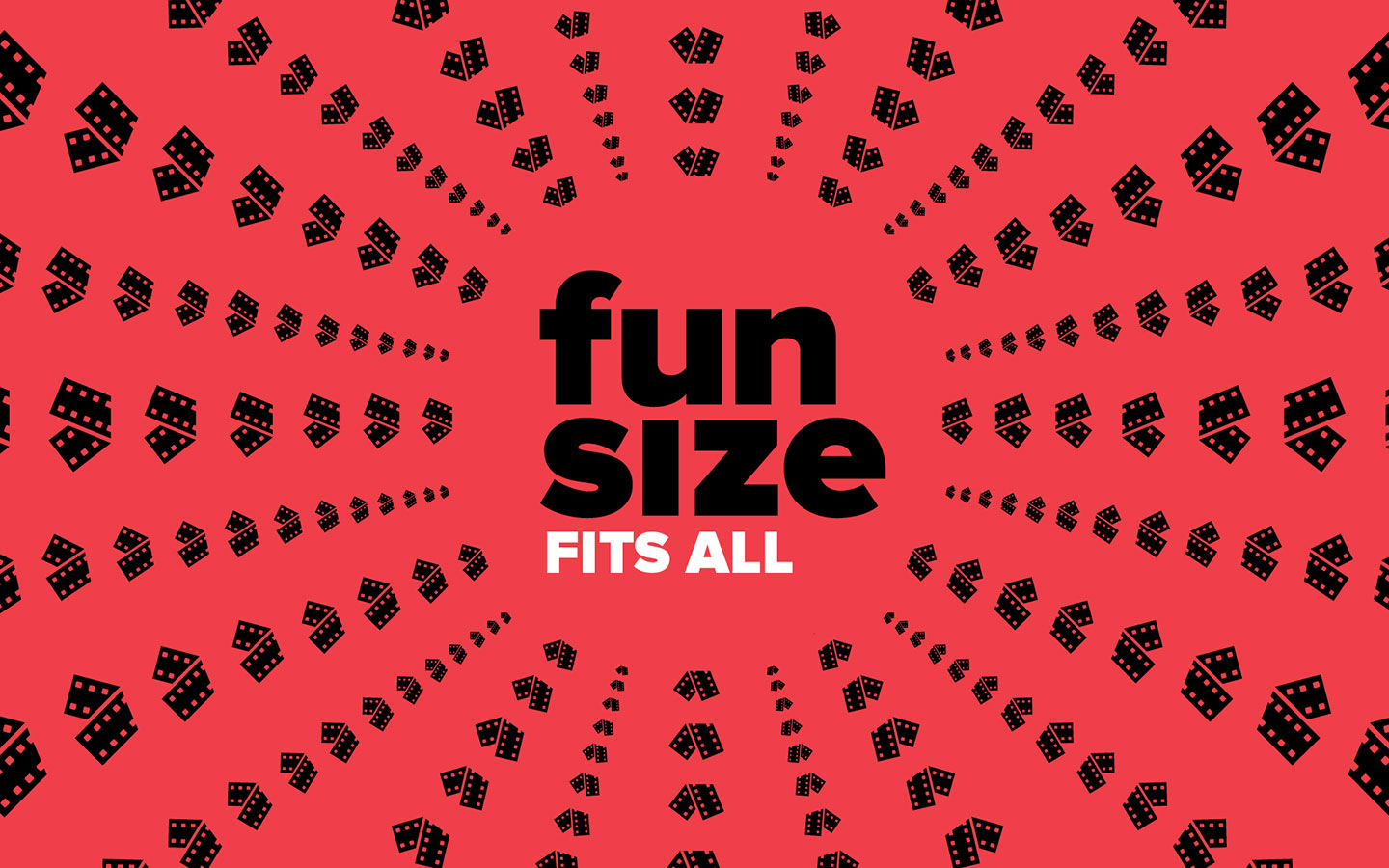 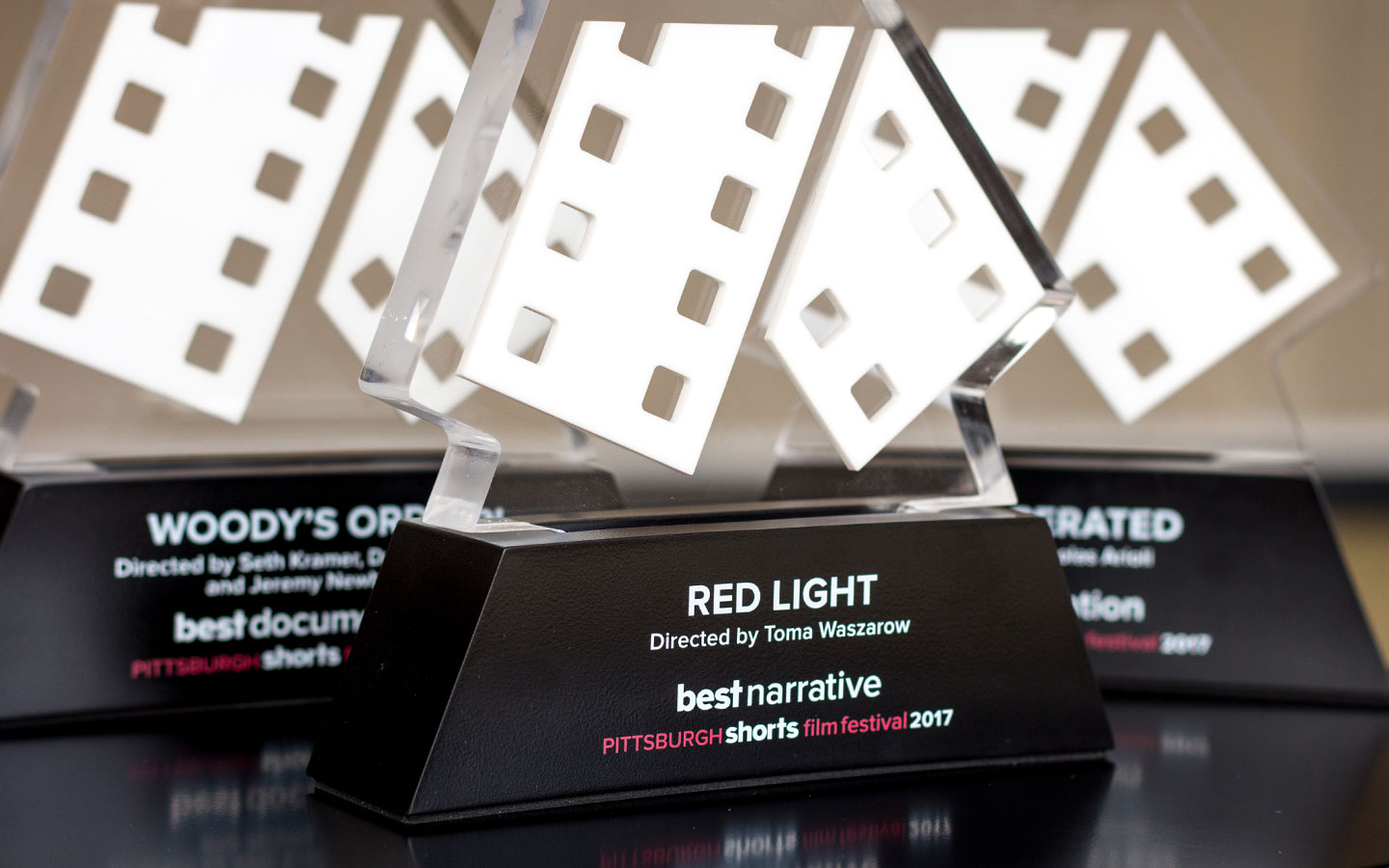 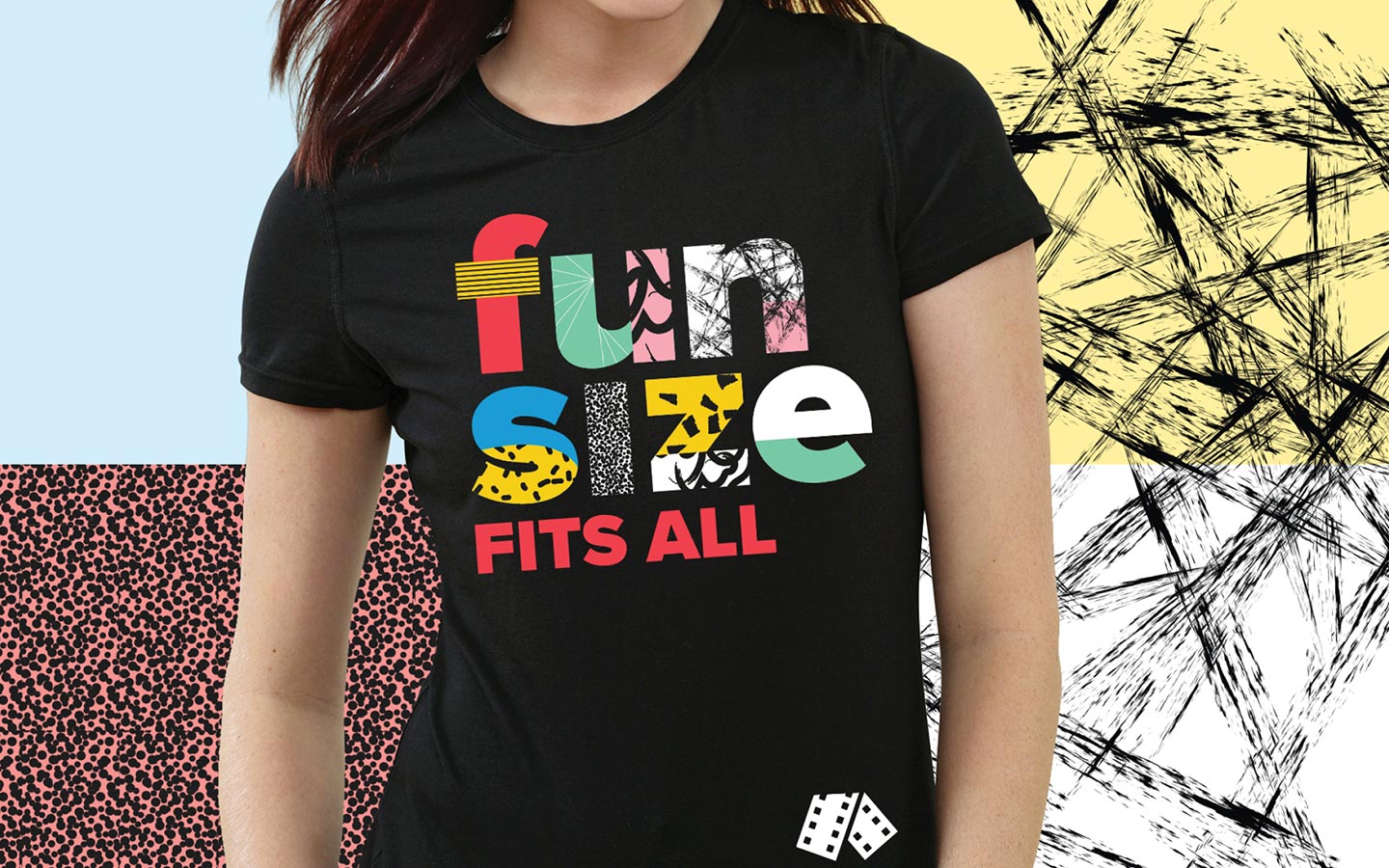 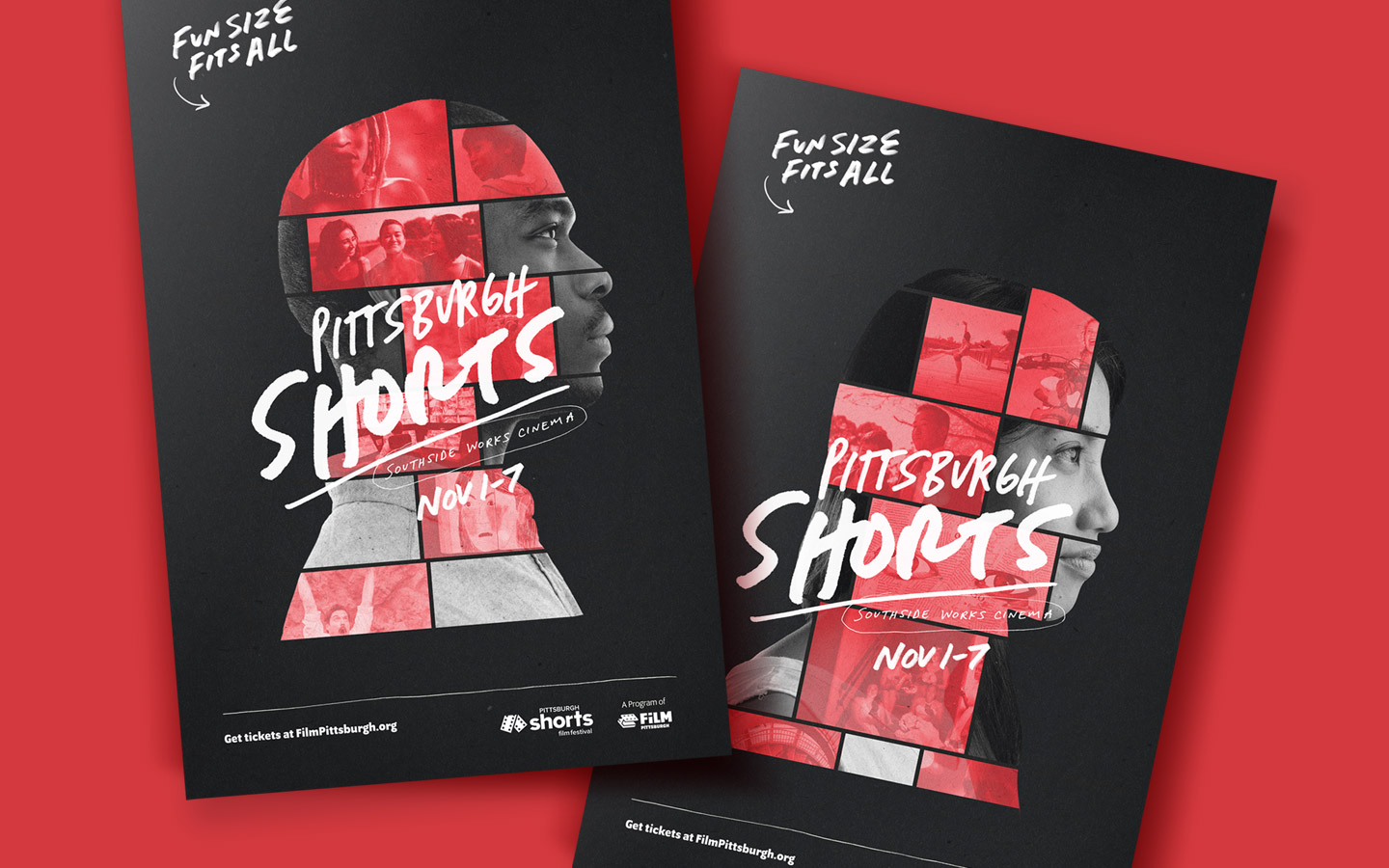 THE LEGACY LIVES ON

As a testament to its successful track record and experience presenting and programming film festivals, Film Pittsburgh took over stewardship of the Three Rivers Film Festival in 2020.  Now as an important part of the Film Pittsburgh family, its nearly 40-year legacy, which started at Pittsburgh Center for Arts & Media (formerly Pittsburgh Filmmakers), will continue to flourish. 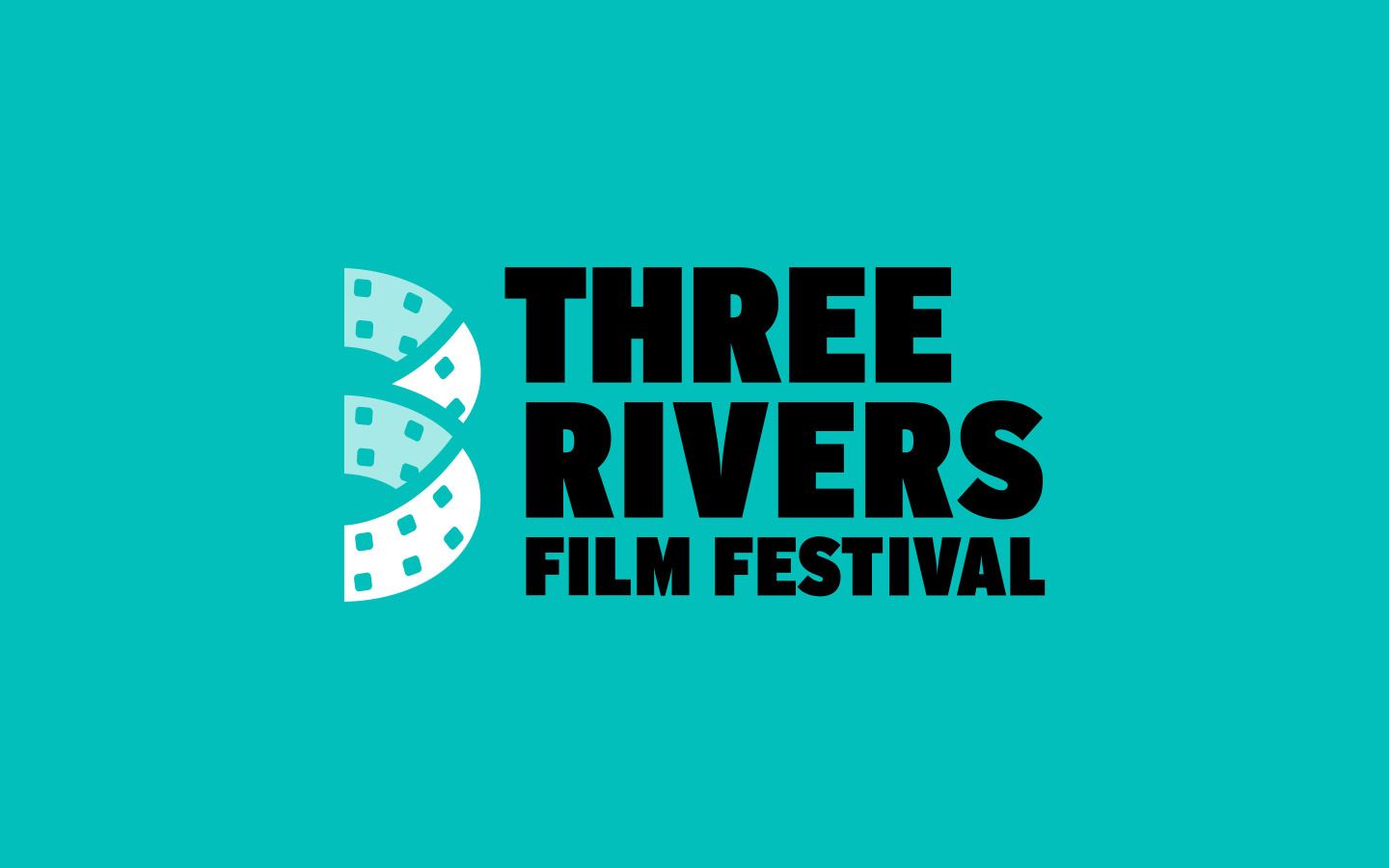 From visual identity system to festival design to animated trailers to digital presence and website, Film Pittsburgh has delivered a deliberate, branded experience to its stakeholders in a way that is consistent with the quality of its programming. 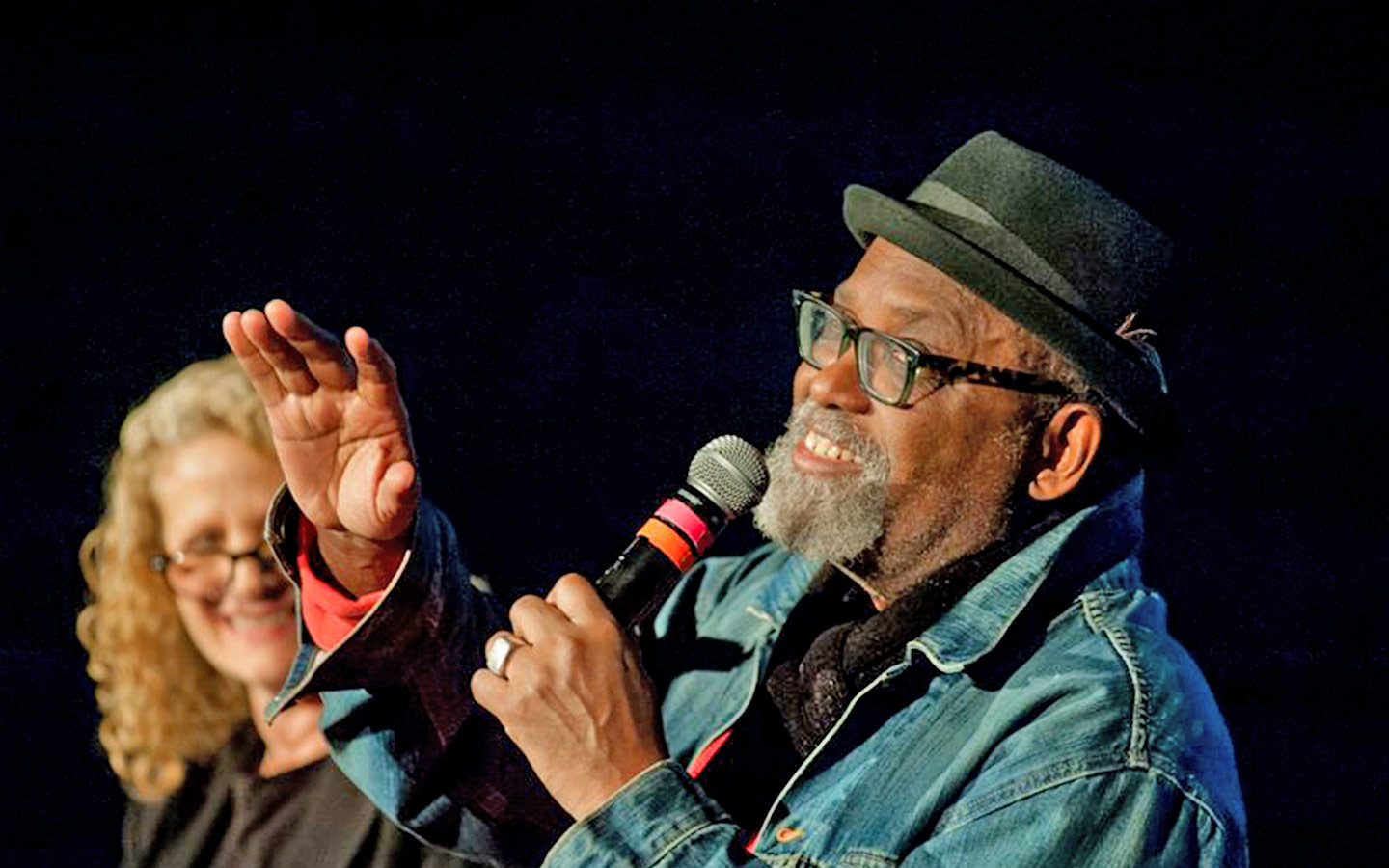 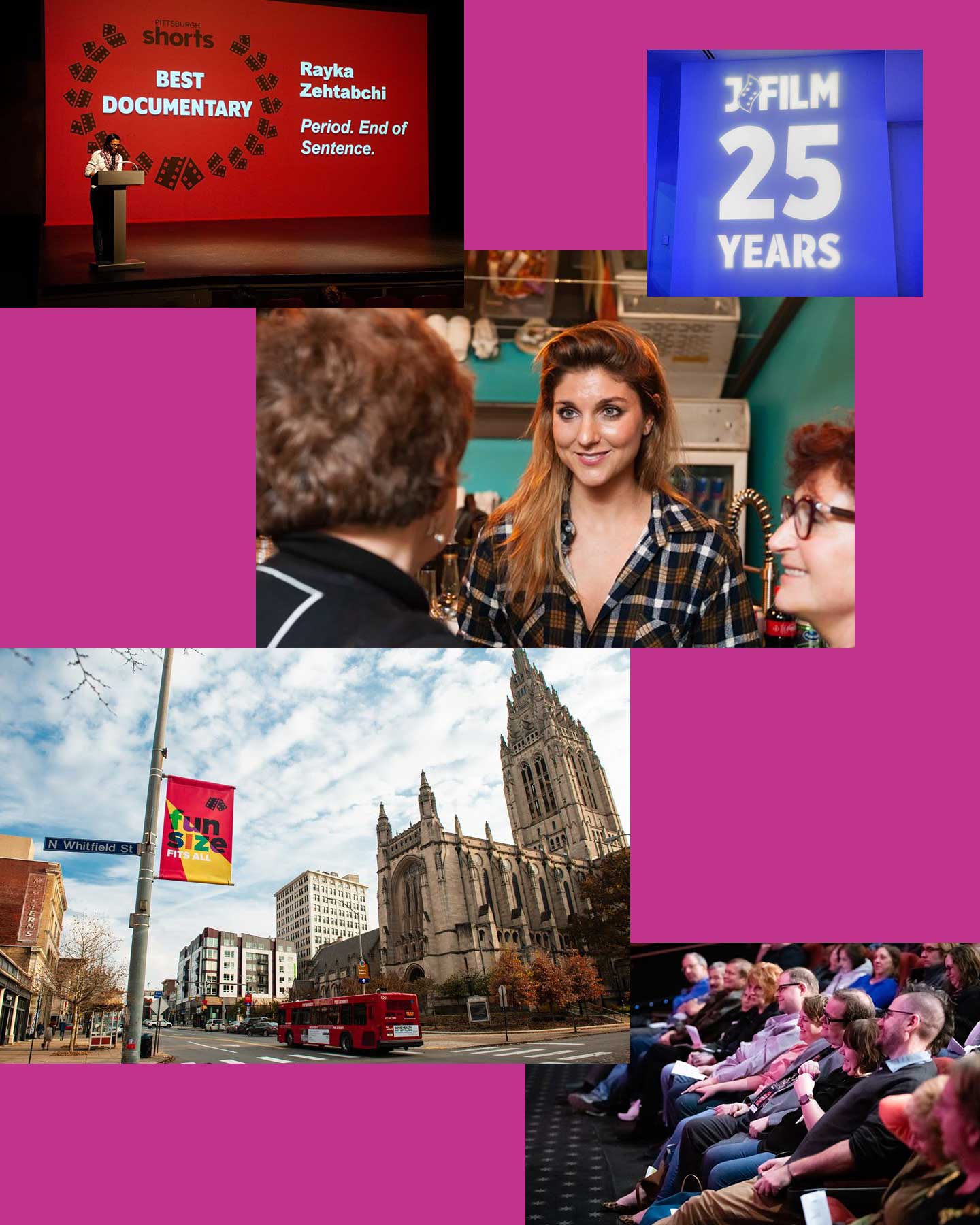 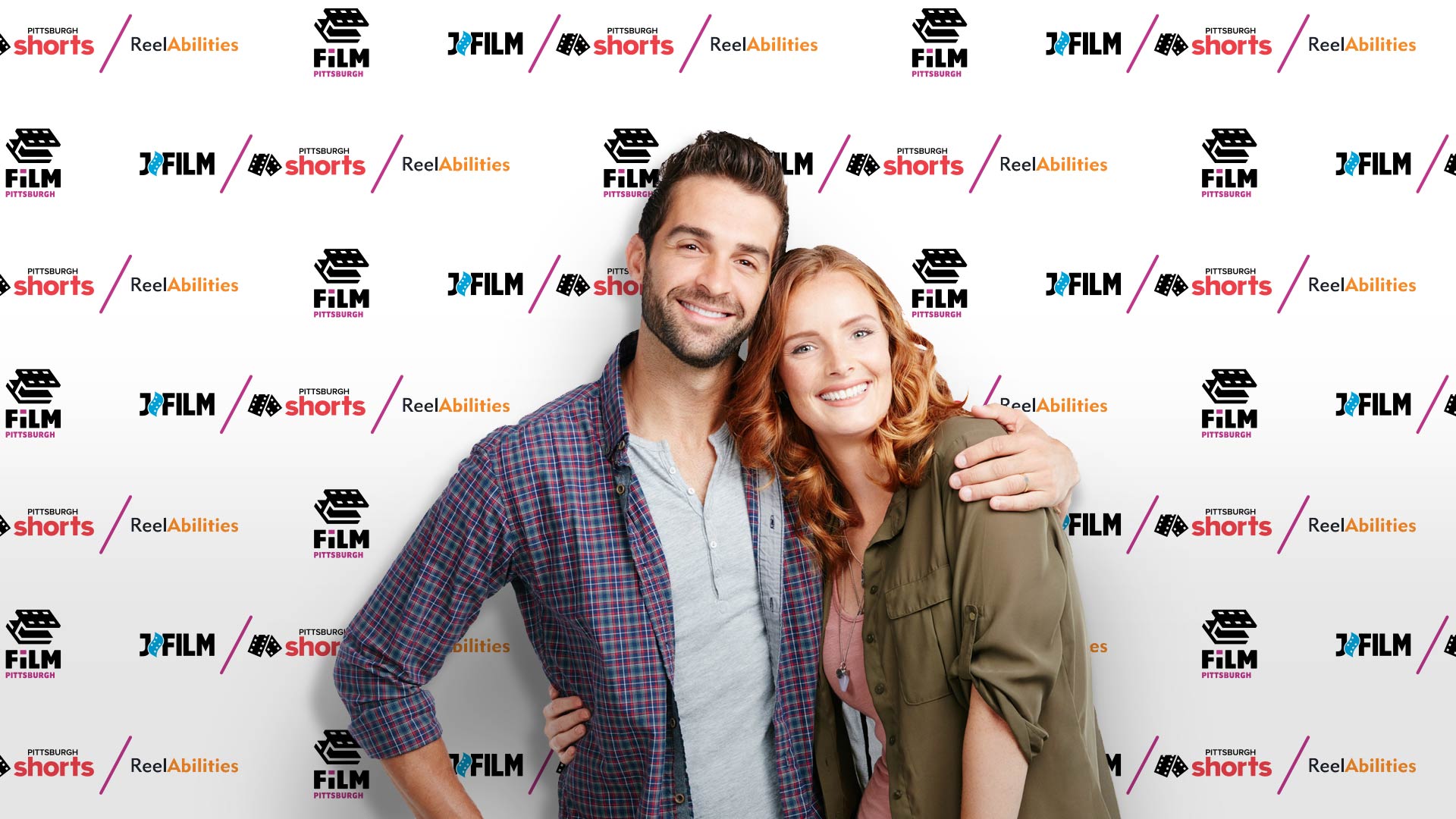 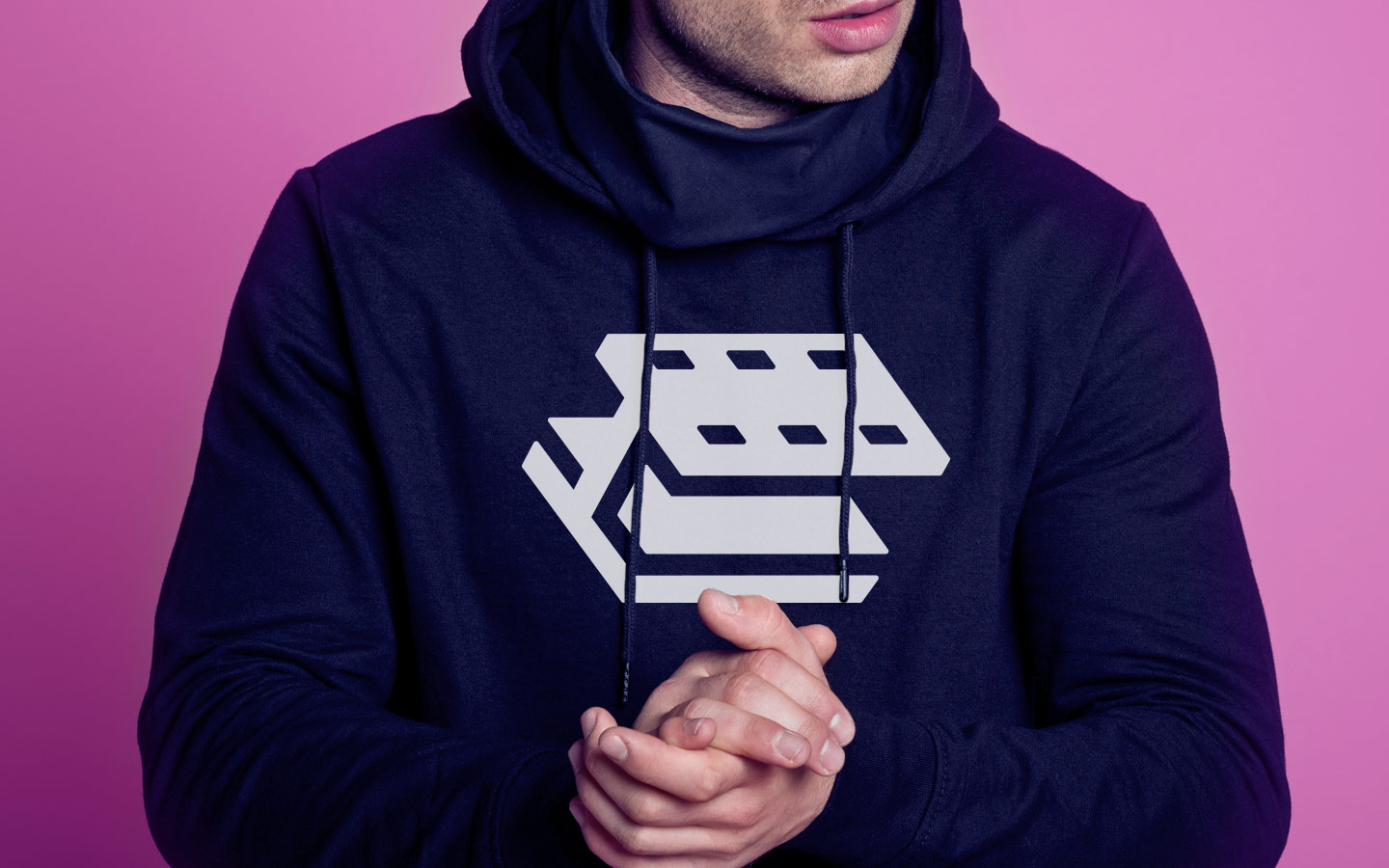 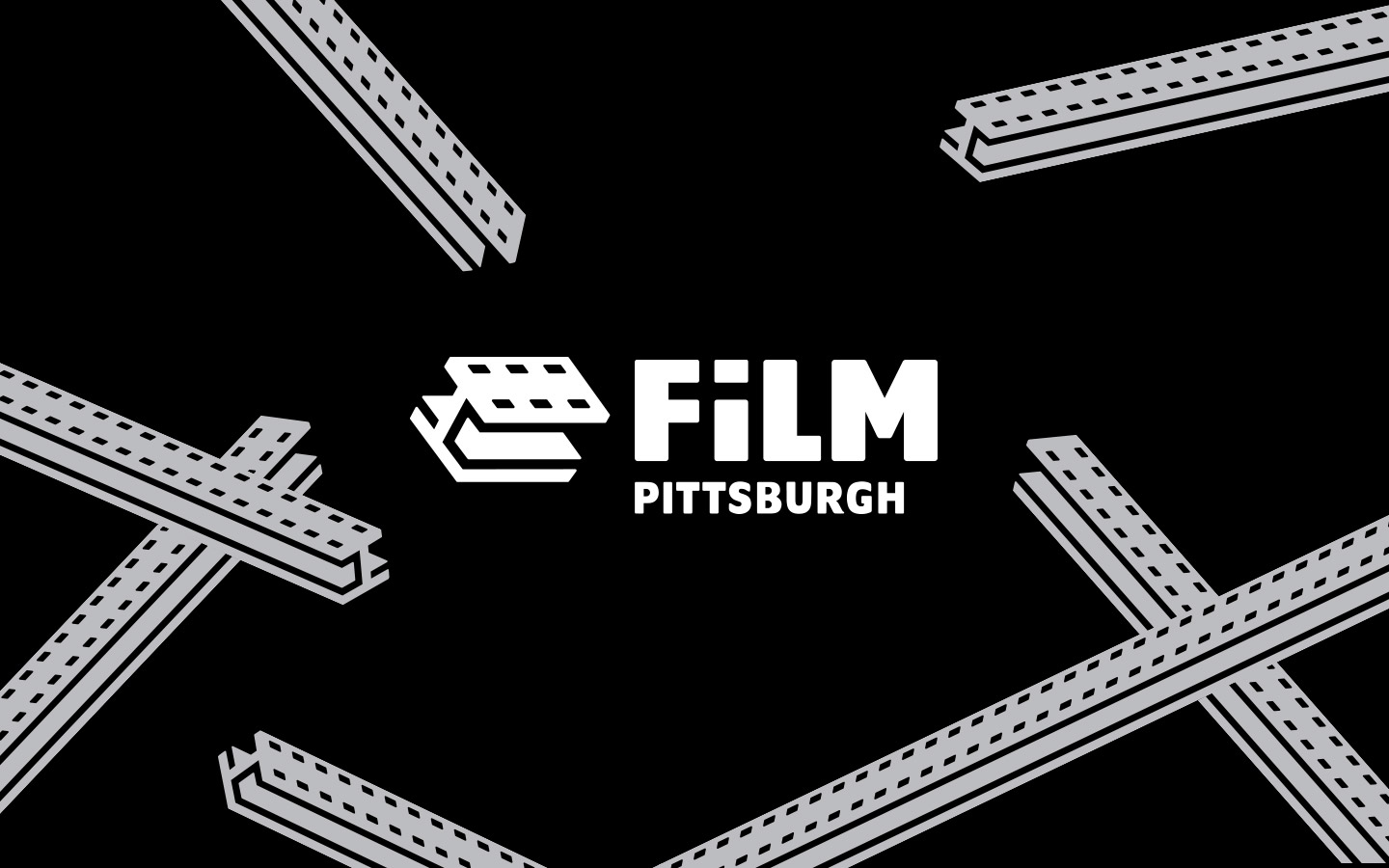