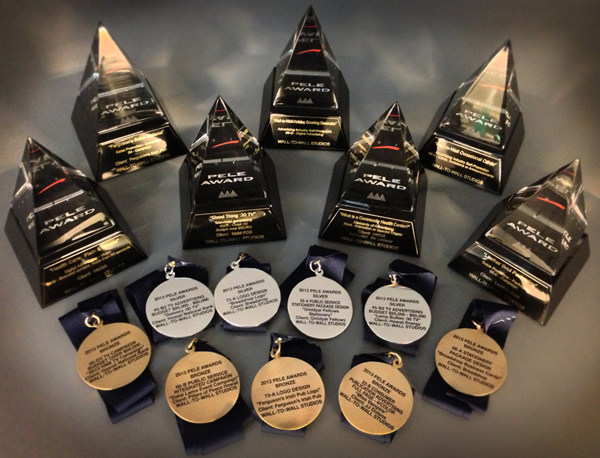 The Pele Awards is a District 13 National ADDY Competition, recognizing the best advertising, design and interactive work created in Hawaii during the previous calendar year. Wall-to-Wall Studios was honored with the most awards this year, including Seven Gold PELE ADDY Trophies, Five Silver Medals and Five Bronze Medals at this year's ceremony at the Royal Hawaiian Hotel. The winning entries included:

Hawaii Primary Care Association "What Is A Community Health Center?"

Mahalo to all of our Clients, partners and vendors who allow us the opportunity to collaborate and create these very special projects on their behalf! - The W|W Team.

P.S. Watch the W|W crew suit up for an agency battle in the opening video montage shown at the 2013 Pele Awards Dinner (concepted and produced by our pals at MVNP.com). Don't Touch My Moustache!