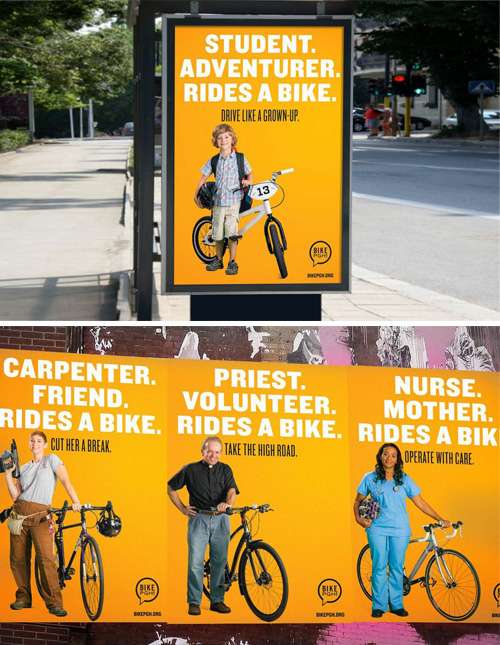 Wall-to-Wall Studios created, Drive With Care, an integrated marketing campaign for Bike Pittsburgh, the non-profit advocacy organization that is transforming the streets and communities into vibrant, healthy places by making them safe and accessible for everyone to bike and walk. This advocacy campaign is a testament to the organization's success and impact since its founding in 2002, such that Pittsburgh has matured into a top cycling city in America and number of bicyclists on the streets has grown exponentially. By utilizing real people (that are also avid cyclists), the campaign helps humanize bicyclists. This integrated campaign is a continuation of the creative collaboration that began with W|W designing Bike Pgh's formative branding (logo, identity system) and the iconic Three Rivers Bike Racks seen throughout Pittsburgh. Check out the story and video as reported by Andy Sheehan of KDKA news.