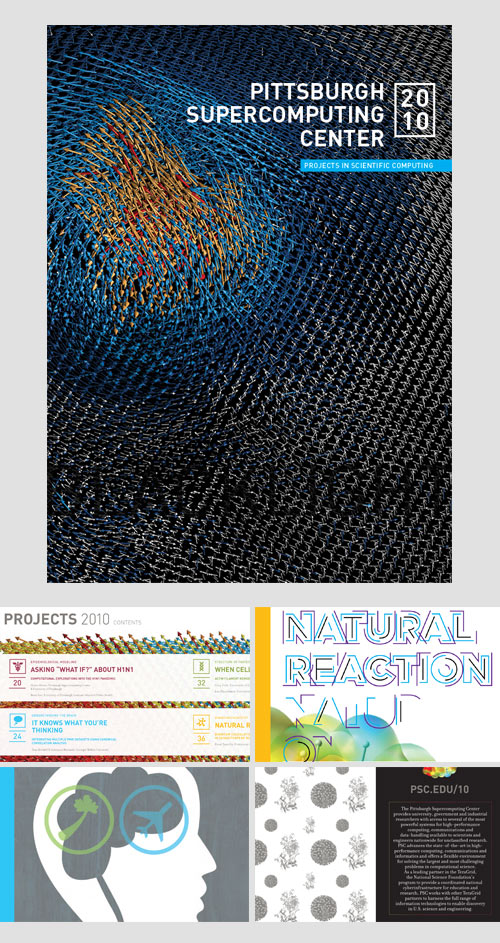 For the tenth consecutive year, the Pittsburgh Supercomputing Center hired W|W to design its annual report. The Pittsburgh Supercomputing Center is a joint effort of Carnegie Mellon University and the University of Pittsburgh together with Westinghouse Electric Company advancing the state-of-the-art in high-performance computing, communications and informatics and offers a flexible environment for solving the largest and most challenging problems in computational science. The Annual Report made its debut at the SC10 Conference in New Orleans, which also featured a promotional video by Wall-to-Wall Studios for SC11 in Seattle.