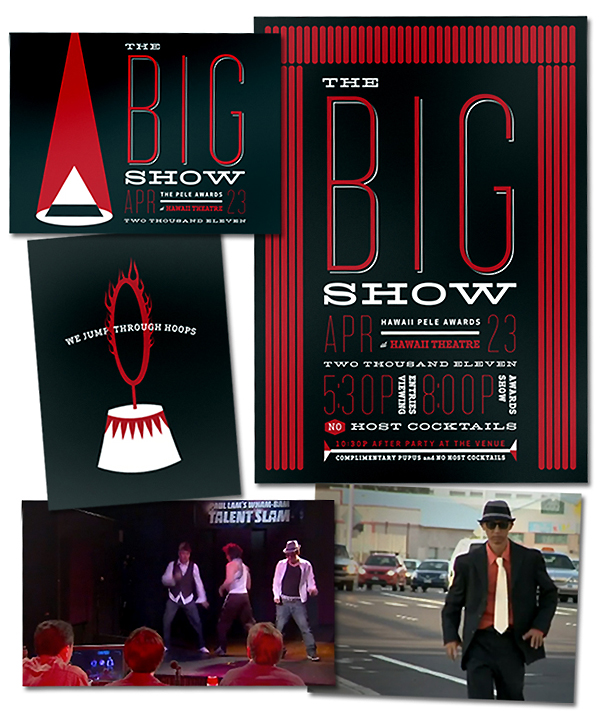 Wall-to-Wall Studios was asked to develop the concept and promotions for the American Advertising Federation (AAF) Hawaii Chapter's annual PELE (ADDY) Award Show for 2011. W|W's "The Big Show" theme was played out in the Call For Entries, website, banner ads, program materials and in videos during the award show itself at the historic Hawaii Theatre. The videos were produced in collaboration with our pal Brett Wagner (Wagnervision.com) and our friends at 1013 Integrated Branding (1013integrated.com) along with a cast of thousands. (OK, dozens.) Special thanks to Paul Lam, Matt Heim, and the Hawaii advertising and design community who donated their time and special hidden talents to make this possible.

Eleven for 2011 from Hawaii Energy